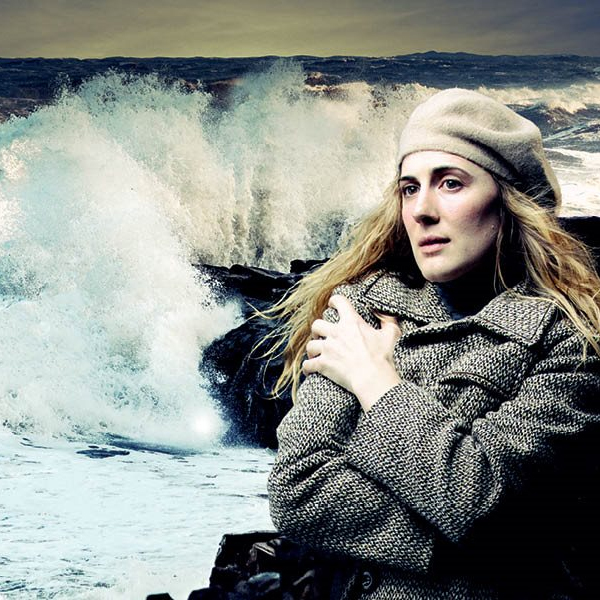 Directed by Tom Morris, Breaking the Waves is this year’s headline opera event of the Adelaide Festival. It has much to commend it, but it doesn’t fully hit the mark and many audience members left somewhat dissatisfied.

Breaking the Waves is a modern three act opera based on Danish film director Lars von Trier’s 1996 film of the same name. This reviewer has not seen the film, but is firmly of the view that irrespective of the opera’s provenance it must stand on its own as a piece of performance art regardless of any back-story. Unhappily, it does not, and any interest and dramatic tension that is created at the start falls away only to be regained mid-way through the final act.

The story line follows Bess who falls in love with, and marries, Jan, a fly-in/fly-out oil rig worker. Bess lives on the Isle of Skye and is subject to the social mores of a strict Presbyterian upbringing. By contrast, Jan is a foreigner and the local church elders do not approve of the marriage. Not long after the wedding, Jan sustains critical injuries in a work accident and is repatriated to the mainland for intensive and protracted medical treatment. It is not certain that he will ever recover and he is concerned for the emotional welfare of Bess, to the extent that he encourages her to seek out liaisons with other men. She is at first reluctant but is persuaded by him and thus begins her slide into emotional decay. The most uncomfortable aspect of this part of the plot is that Jan wants Bess to give him a full description of her sexual encounters so that he might continue to enjoy a sex life of sorts with Bess, at least vicariously.

This key feature of the plot is ‘uncomfortable’ because the libretto lacks sufficient substance that might encourage the audience to actually believe that Jan’s request of Bess is in any way socially acceptable. The opera presents it in a matter-of-fact fashion with only some resistance from Bess. We already know at the outset that Bess has suffered deep psychological scars at the death of her brother, but now we wonder whether she has deeper persistent problems, and whether Jan might also be significantly ‘troubled’. Whether this is actually a sub plot or not, it has an unconvincing genesis.

The success of any opera relies on its libretto and score, of course. Missy Mazzoli’s orchestral score is quite superb, with interesting instrumentation that strongly features percussion and also includes electric guitar and synthesizer. However, the tone of the score often conflicts with the libretto, such as sweeping legato melodies accompanying arias depicting profound human distress and torment. This does not help sustain a suspension of disbelief. However, in the third act, when the council of elders cast Bess out of the church – in a scene that is the dramatic highlight of the whole opera - it really is stunning. The music to which the male chorus is set is all of a sudden fully complementary to the context of libretto and, from an audience perspective, it becomes much easier to engage with. This of course is not to suggest that the whole thing needs to be more melodramatic – it does not, and Mazzoli and librettist Royce Vavrfek have worked assiduously to avoid that – but the libretto and score do not always work together despite each other’s inventiveness.

As Bess, American soprano, Sydney Mancasola is outstanding. She rarely leaves the stage, if at all, and gives a bravura performance in both acting and vocals. Bess is always at the centre of attention, and Mancasola is equal to the task. Australian baritone Duncan Rock is imposing as Jan. He is totally believable as an irresistible sexual force, and his warm and resonant voice negotiates the challenges of the score with apparent effortlessness.

Mancasola and Rock are well supported by Wallis Giunta (playing Dodo, Bess’s sister in law), Elgan Llŷr Thomas (Jan’s attending physician), and especially Orla Boylan, as Bess’s uncompromising but devoted mother. Francis Church and David Lynn are convincing as the brutal sailors who menace Bess. Byron Jackson gives a credible performance as one of Jan’s knock-about friends. Freddie Tong looks menacing and imperious as the principal church elder, but occasionally struggles with maintaining evenness across the vocal range of the score. The male chorus is outstanding throughout the production.

Soutra Gilmour’s single set design is visually striking and one of the most evocative and effective this reviewer has ever seen on any operatic stage. It comprises thirteen angular rectangular pillars set on a revolve stage. As it rotates, it variously becomes a range of locations including a church council chamber, a wedding reception, a ship’s prow, a hospital ward, a dingy street, and an oil rig. Richard Howell’s superb and incisive lighting design (including lighting projections that are not credited in the program) allowed the set to become all these things in the blink of an eye.

The musical ensemble comprises soloists from the Orchestra of the Scottish Opera and is led by conductor Stuart Stratford. Aural balance is maintained throughout, and vocalists are never overshadowed. Because of the conflicting qualities of the score and the libretto, it is likely that the overall effect may be enhanced if some instruments are foregrounded to enhance the counterpoint in the music.

The ending of the opera, like its start, is visually and musically affecting, but not enough to finally send the audience home wanting to seek out a CD recording or to want to see it again.