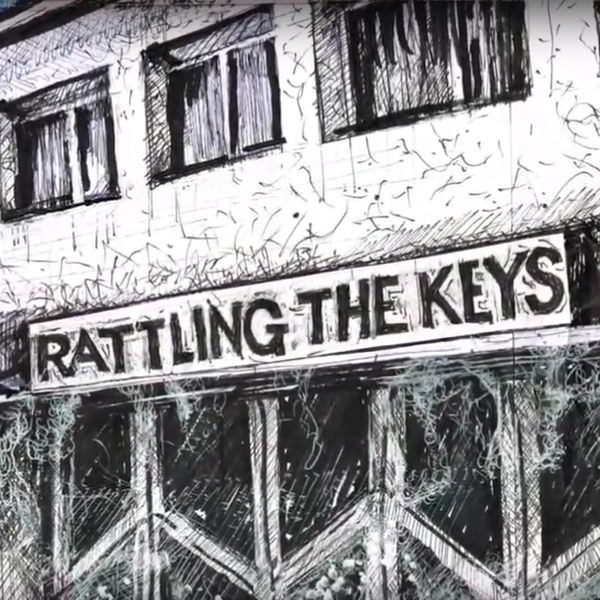 You can’t keep a good theatre company down. The dear old Rep may have a long way to go in terms of new-era online technology, but it has bitten the bullet and had a jolly good go.

And, to add gloss to the kudos, it has done so in the name of youth and our upcoming talent.

Geoff Brittain directed this new online production which had a very well promoted “opening night” at 7PM on Saturday June, 27th. Well, 7:10PM, to be precise. Who knows why the upload was delayed.

But there it was with its youthful cast and its disturbing story of drug-addled teens and country kids feeling hopeless and out of the loop.

Rattling the Keys has been written by young local playwright Zoe Muller and is set in Coober Pedy. It depicts a group of friends who are at a turning point in life, riven by family loyalties and a quest for education and a future in Adelaide. A neighbour has died. Did one of these meth-heads do it and not recall?  It does not make a pretty picture of life in Coober Pedy. Indeed, not only does it depict angry young men ravaged by meth and heroin but also, and rather graphically, a town plagued by heat and aggressive mosquitos.

This is a debut play by Zoe Muller and it won the 2018 Young Playwright of the Year Award from State Theatre and Flinders University. It was presented on stage earlier in the year at The Mill under auspices of Deadset Theatre.

Critics noted that The Mill’s claustrophobic stage space enhanced the mood of the play and it must be said that the social distancing expanses on the big stage in this Rep production does quite the opposite. It takes some time to identify who is where as the camera sweeps across couches and through a door to somewhere. One understands that the performance was filmed in two sessions and edited together. One wonders why the company did not realise in the process that it is not working and that the sound is so far out of kilter it is often offensively deafening or muffled, with extraneous onstage sounds intrusive.

The camerawork has not followed the examples of the many stage companies whose filmed archive productions have been streaming online during the pandemic. Some of these have been simply spellbinding, deflating the old argument that stage plays cannot be translated to film. We have had for example: Griffin Theatre’s Emerald City; Sydney Theatre Company/Malthouse with Michael Gow’s Away; and the many offerings of theshowmustgoon line YouTube channel. Digitised versions of live theatre have come to the fore, along with iso-special theatre productions on Zoom. A new skillset is evolving.

Meanwhile, as the narrative of Rattling the Keys evolves and the histrionics lessen, some acceptable performances emerge, most particularly that of the playwright herself. Muller is really quite engaging in the role of Arcadia, the stoic sister of troubled addict Teddy. He, on the other hand, comes across in an assault of shouting as performed by Henry Solomon.  Matilda Butler charms as the nice girl, Billy, a character devised to inject hope into the grim world of isolated adolescence. Albert Ngo also achieves some balance as Kai and Alex Whitrow shows the needed glimmer of decency as Ashton. But much of the performance seems to be pushing against the odds and one wishes the director could have reined the actors in.

This play speaks well for the passions of aspiring playwrights. It is a passionate, youthful achievement in this hardest of arts. It will be interesting to see where Muller goes from here.

While the Rep has made a brave attempt at the evolving genre, it is clearly a learning curve. Future productions are promised on its YouTube channel and one waits with growing expectations. Every month, a new show.

When: Online for one month from 27 Jun