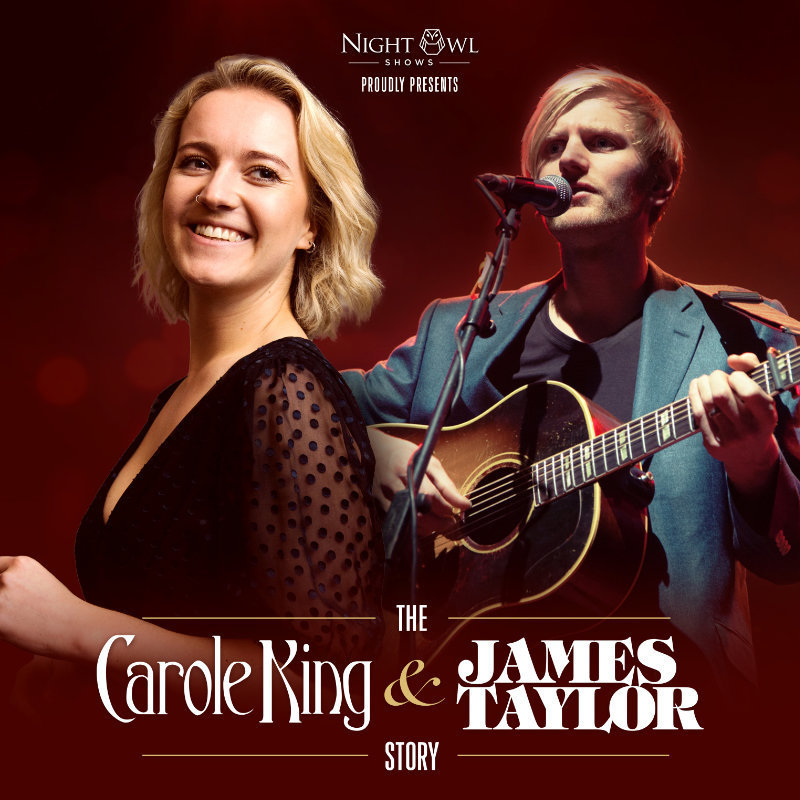 Night Owl Shows is a music show production company specialising in nostalgia. They have/had (some seasons have ended) nine shows at the Adelaide Fringe with singers replicating the songs and vocal oomph of Aretha Franklin, Dolly Parton, Amy Winehouse, Tina Turner, Paul Simon, The Carpenters, Nashville, a show called California Legends, and this one. Dan Clews, who leads the company, describes the shows as “show-umentary” which is an awkward conjunction meaning that the presenters reveal interesting biographical information and anecdotes when introducing the songs.

It is none other than Dan Clews who sings James Taylor in The Carole King & James Taylor Story. He does this extremely well, giving up Taylor’s nasal quality and overall sweetness, and fretting the chords like he was born with a guitar in his hand. Taylor was known in the US as “the tear ducts of America” - his melancholy chords give even hopeful songs a sense of reflection touched with regret. Must have been all the drugs Taylor used (he kicked heroin good-bye in 1983). Clews has the emotional quotient to convey all this. Phoebe Katis’ delivery is a bit breathy and formal in contrast to Carole King’s vocal power and casual breeziness, and thus not as effective a channeler of King as Clews is of Taylor. Maybe it was because she had only arrived from Paris the day before and thought she’d be ready for a show.

Taylor and King are two of the greater songwriters of their age. King’s second studio album, Tapestry, sold 25 million copies and was the highest selling album by a female artist for 25 years. Night Owl Shows I’m sure is a commercial success as many of their shows are sold out to the generation that grew up to the soundtracks of their subject matter. Following a biographic chronology, we learn King and Taylor both started their careers in New York. Carol King wrote songs with first husband Gerry Goffin (how about Natural Woman in an afternoon) at the famous Brill Building, and James Taylor’s first album was produced by The Beatles’ Abbey Road label. They relocated independently to LA and were brought together by a producer there. They were never married. But it was Taylor who encouraged King to sing her own songs which got the already famous songwriter’s performance career under way.

Taylor’s and Katis’s renditions of the famous songs – Fire and Rain, Will You Still Love Me Tomorrow, It’s Too Late, You’ve Got A Friend - unpack nostalgia for their target audience, and it’s likely if you had your first job in the 70s, you’ll be emotionally involved. And hopefully the same if the songs are new to you, or you’ve never heard them live, because they are beautifully and sensitively crafted, and in this show, performed; they don’t require emotional baggage to be enjoyed.

PS Taylor’s first Number 1 Hit, You’ve Got A Friend, was written by Carole King, in the same year Tapestry was released - 1971.