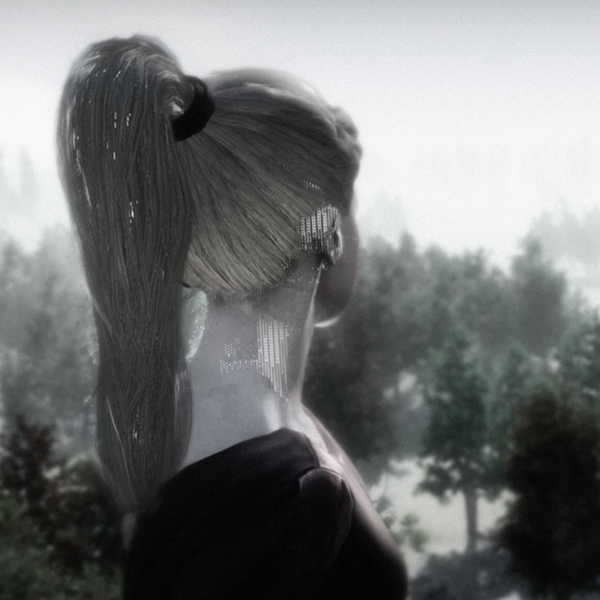 Michel van der Aa is a multi-award-winning modern composer from the Netherlands, and more…he has enhanced his operas and other work over the last twenty years with his own moving imagery. But this Australian premiere production called Eight takes the cake. Technically, it’s the cutting edge of sensory immersion utilising perfected virtual reality technology. Viscerally, it’s an unforgettable, mind-blowing, freak-out walk through the cosmos and it would be the mistake of your life not to experience it.

Eight can only be consumed one at a time. An usher helps you don wireless noise-cancelling headphones and a helmet-like contraption containing the visual VR gear. Once you’re comfortable in the darkness, a lovely reincarnation of a woman beckons you on your journey. This isn’t some elaborate 3D set-up or hologram nonsense – your senses are telling you it’s all happening yet it’s so ethereal and ghost-like. The young woman is voiced by none other than Australia’s representative at the Eurovision Song Contest 2019 in Tel Aviv, Kate Miller-Heidke. At Eurovision, she received the Marcel Bezençon award in the Artistic category for the best artist as voted by the commentators of the contest. Michel van der Aa conceived Eight expressly for her. Kate’s soaring soprano sings an enigmatic poem whose words you can study from a sheet before you go in. But wait a minute, now she’s somebody else, and where did this vast, unbelievably beautiful mountain meadow come from? That’s the pic in the program and I’m telling you nothing more.

Remember in The Matrix, when Keanu Reeves’s character, Neo, realises he can dodge the bullets – even in slow motion – but only once you truly believe the seemingly solid world of your senses is only a fabricated figment reality created by the aliens? You, too, can have that experience. And it’s exquisite.

Even after fifteen minutes of walking about after the immersion, I questioned the solidity of my surroundings with tentative steps and by touching walls. Whoa, man, that was an-other place. I think I’ll go back. Double Bravo!

PS Eight is an interactive experience in a virtual but seemingly unstable terrain. The program warns that it’s not recommended for individuals who have severe claustrophobia or epilepsy, or who experience seizures or extreme vertigo. Not listed for wheelchair access.