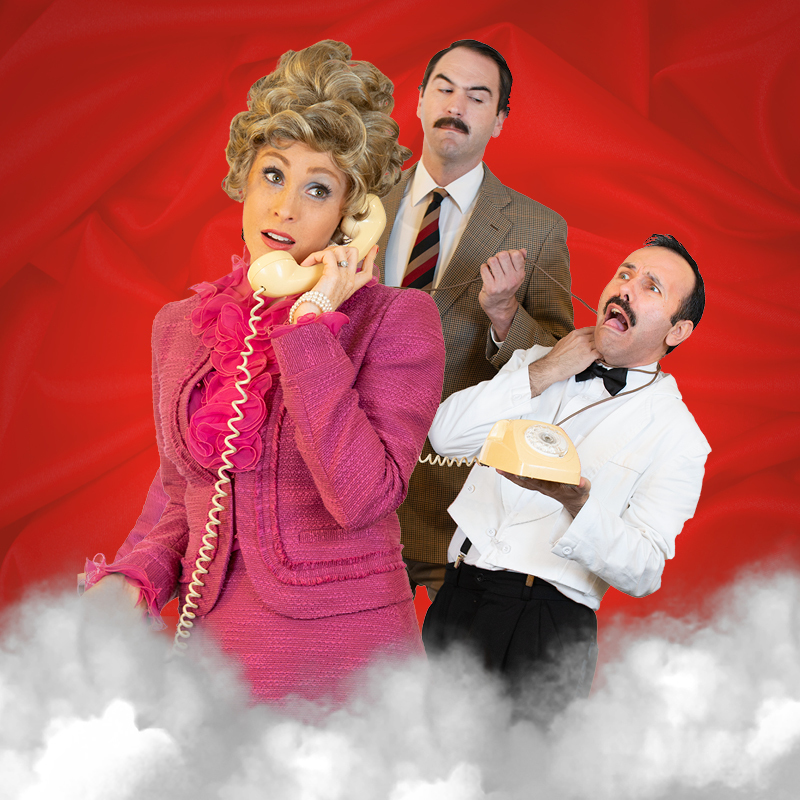 There would be few people in the Anglophile universe who would not know the jist of the hit BBC TV series, Fawlty Towers. An amazing achievement, given that there were only twelve episodes shown in only two years, 1975 and 1979. In 2000, the show was numero uno in the 100 Greatest British Television Programmes list drawn up by the British Film Institute, and in 2019, it was named the "greatest ever British TV sitcom" by a panel of comedy experts compiled by the Radio Times. John Cleese and his American-born British wife at the time, Connie Booth, modelled Basil Fawlty on a hotel proprietor they encountered while filming on location for Monty Python. John Cleese famously played the snobbish, tense and rude hotelier.

Interactive Theatre International first presented Faulty Towers The Dining Experience in Brisbane in 1997 and never looked back. The show had a sold-out London premiere in 2009 (talk about taking coals to Newcastle), tours all over Australia and appears in 20 countries every year. It’s played at the Adelaide Fringe I don’t know how many years.

The fan, or if there are such things, the uninitiated, will love it. Everything you might expect is included in the generous two-and-a-half hour show complete with a three course meal followed by coffee or tea (buy your own drinks). Rob Langston comfortably fits the Cleese bill with his physically and emotionally domineering Basil. Basil is abrasive to the audience, to its delight, and frustratingly feeds Manuel his opportunities to mangle meaning. You see, Manuel the waiter – played with irresistibility by Anthony Sottile - is Spanish with a deaf ear for English, and his interpretations of phrases whose meanings we take for granted are invariably hilarious and expressed with unsuppressed physical comedy. Rebecca Fortuna - playing Basil’s wife, Sybil - is a newby to the Interactive Theatre International company and looks like she has a job for life if she wants it. Her diminutive Sybil made the towering Basil cower and cringe. A suitably unusual voice affectation brought the house down with her rendition of Happy Birthday. The show does not seem to have an author; the actors are guided by the TV series, previous Interactive Theatre International interpreters and their own improvisations. Langston outperforms near the end of the show with some classic Cleese.

The Terrace Ballroom at the Stamford Plaza Adelaide lacked atmosphere and the company doesn’t bother to decorate either. Food service was beautifully timed with the comedy. The show is highly interactive – it’s like being on the TV set. Tables of eight engender lively discussion and at some point you’re likely to be part of the show. There are many surprises and it’s all huge fun being at the mercy of these wonderful characters and actors.