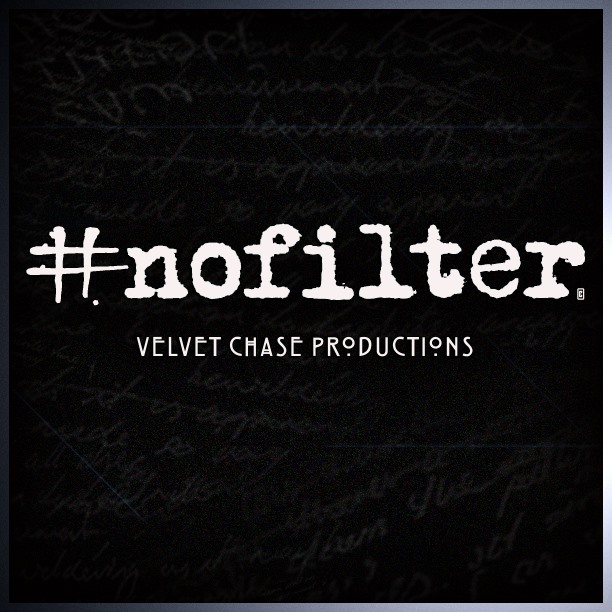 The Scot's Church is a friend of the LGBTIQA+ community, but I’m sure the first bishop of two centuries ago would be turning in his grave to see the goings-on around the alter under the gigantic organ. While the theatre presented here is stark and confronting, graphic and noir, it is also designed to enlighten, to empathise and to give hope, and this is what Scots Church stands for today.

I am completely in awe by the creativity in this production, and by the mission of its creators, Dannielle Candida and Serena Wight, and their co-developmental cast. Dannielle says, “We have created an organic cathartic expression of both our pasts. We found comfort in each other by sharing our stories that for so long had kept us silent and closed off to most people who came into our lives, due to the fact of feeling not worthy enough because we were too broken - who would want us? We both had these feelings and we understood each other and therefore we weren’t alone, so maybe there are others who could possibly feel this way. We wanted to show that our past doesn’t define who we are, but there are reasons – experiences – that cause mental health illness.”

#nofilter in social media terms means one is seeing exactly what the sender sees in their real lives. This show arrives straight from experience – not only from Dannielle and Serena but from all cast members and their friends – alive and tragically deceased.

The 19th Century Anglican Church’s lofty Gothic revival architecture is a perfect backdrop to director Dannielle Candida’s set of older style furniture, costumes and chiaroscuro lighting. The show comprises nearly two dozen vignettes of mental health issues and their causes. Dannielle begins each scene enigmatically, and, illustrated with the elements of Gothic horror as popularised in such works as Frankenstein and Dracula, or the 1922 German Expressionist horror film, Nosferatu: A Symphony of Horror, invoking feelings of dread, anxiety, uncertainty and threat. Symbolic characters from 18th and 19th Century European folklore are employed to perform the role of a demon or shadow, who encourages and abets depression and suicide, and a golden fairy who comforts and abides. We see people succumb to horrible thoughts or the deeds of perpetrators in the dead of the night. Demons also manifest with modern symbols of lack of self-worth, drugs, humiliation, eating disorder, transgender journeys and abuse. Degenerating mental health seeps like a spreading blood stain. But Candida does not always leave each scene in mire. There is the fairy-like character of Hope & Faith who intercedes – occasionally – to keep people strong, to keep them going, to say, “It’s OK to say, I’m not OK.”

Like real life, there is not always a happy ending. Close to the end of the show, a tribute with candles and photos is made to suicide victims known to current and past cast members, including to fallen cast member lost last year. Riveting and heartbreaking.

Each scene is accompanied with a recorded track of perfectly pitched selections, some augmented with the violin of Sarah O’Brien. The music ranged from classical to dance, and my favourites were the counterintuitive renditions of The Lion Sleeps Tonight, Like A Virgin and finally The Sound Of Silence which excited the last scene into a rousing climax.

Dressed in provocative costumes of black, Donna Lavill and Saskia Sanders play menacing shadow persons encouraging harm via the ever-present inner voice. Kendall Goode wears a gold dress like a fairy to represent Hope & Faith. Jack Tailor plays himself as a transgender expressing the frustration of prejudice in his transformation. Dannielle Hunter uses her circus movement training to convey issues of eating disorders, self-worth and image. Mime Emily Josephine transforms with white Japanese-style Geisha makeup in her scenes dealing with drug addiction and domestic violence. Tyson Gaddes and Dannielle Candida don bell hopper outfits (in tribute, I believe, to one of the fallen). One of them suicides and should have stayed dead as a symbol of finality. Serena Wight fooled me completely as the male perpetrator in a drug switch and difficult-to-watch date rape scene.

Dannielle Candida said to me after the show, “Being broken doesn’t define who you are.” That statement sums up the tremendous empathy her company has towards persons struggling with mental illness and it seems all cast members come from similar places to the ones they are portraying in the show, sometimes the real thing of their own experience. Very brave.

This isn’t a just a show with a special theme. This is a gift from people who are thankful for their lives and support each other to rise above their circumstances and contribute to normalising the conversation on mental health. A standing ovation was given generously. Double bravo!

The 2019 Feast Festival was Season 5 in three years for #nofilter, including fifteen shows in the Avignon Festival in 2016.

If you missed this Feast, the company will premiere to the world a new show during the Adelaide Festival entitled, Affair in the Gallows, at the Adelaide Gaol on March 6 and 7. It promises to be a “fair” for one weekend only, and besides being an intensive treatment of mental health and incarceration, it will feature performances of #nofilter (6th season) and Gorelesque (4th season), where “burlesque noir and horror collide, where art house pushes the boundaries. Not for the squeamish.”