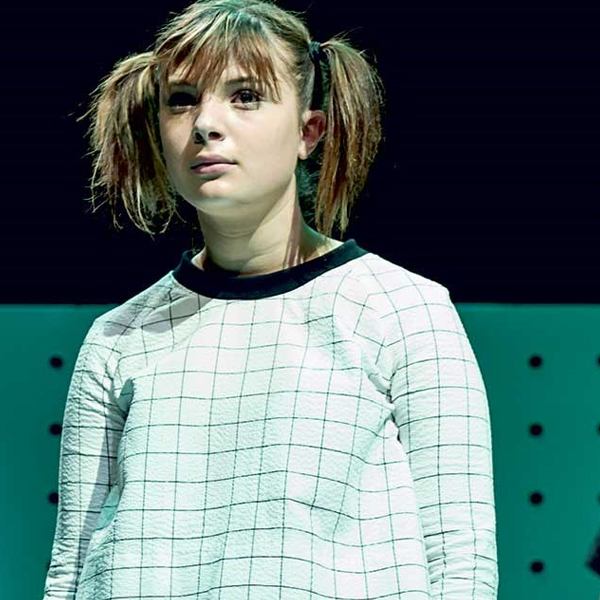 Very rightly, Tutti revives this production for the Dream Big Festival. It has been a hit in its previous presentations and it is a hit again now. It is a very well-wrought and important show which brings the autism spectrum into clear and sharp relief.

Written by Emily Steel and performed by Company AT (Autistic Theatre) under the umbrella of Tutti, it tells of how a nine-year-old girl copes in an unsympathetic world of “normal” kids. They surround her with schoolyard labels and taunts, the school bully ever-ready to stick a knife in the vulnerable spots. The girl, who remains “Nameless”, has her own mass of knowledge that provides an amorphous defence. She’s passionate and encyclopaedic about astronomy. Her memory is phenomenal. Yet she wants to eat only chips and she has meltdowns in strange environments. She invents a feel-good friendship with an invisible Albert Einstein and Isaac Newton. Her parents know that she is different but, like the parents of so many autistic children, are riven between trying to see her as “normal” and accepting that she belongs on the “spectrum”.

Using shadowing actors to express the private thoughts of the parents, Steel has articulated this behind-the-scenes dilemma beautifully, embracing absolutely everyone. In the end of the day, most of us feel a bit “spectrumish” in a neuro-typical world. It’s a spectrum, after all, and the play’s talented cast, expertly directed by Julian Jaensch, all come from somewhere on that spectrum, delivering a snappy, clever, perspicacious piece of theatre which taps into the hearts and minds of young and old. And it is also entertaining and at times, funny. Long and far may it tour.