Cazeleon: The Movies In My Mind 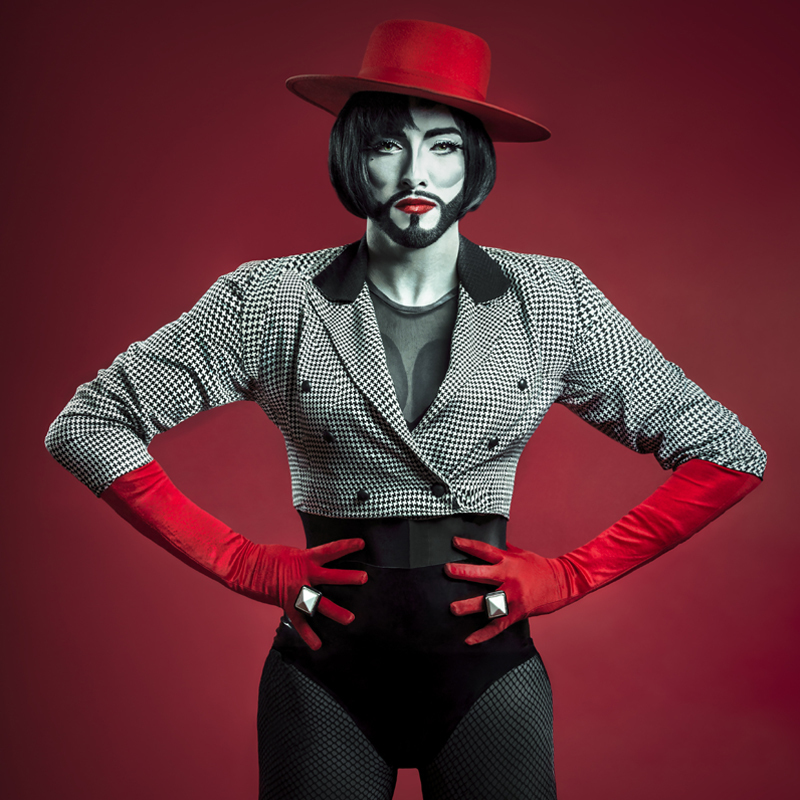 Cazeleon: The Movies in My Mind is a high energy solo cabaret act about gender fluidity and the attendant tribulations experienced by individuals when they dare to be themselves, however different that might be. This show might be described as a classy drag show, and it is, but it is also much more that. To only see a man costumed as one glamorous woman after another (even though he does sport a beard), diminishes the important messages that pervade the production.

Cazeleon (think chameleon) sequences a number of vignettes that explore his struggles from childhood when he vehemently protests that he IS a boy despite what people may think, through to adulthood as he questions and explores the social construction of gender and discovers and emerges into his own identity.

The tile of the show – The Movies in My Mind – refers to how Cazeleon samples from and depicts the life-styles of the rich and (in)famous of the entertainment industry, and selects songs of iconic divas such as Nancy Sinatra, Shirley Bassey and particularly Lady Gaga to plead his case that “..there ain’t no other way / Baby I was born this way”.

Cazeleon’s costumes are lush yet elegant, and his make-up is flawless and striking. None of it is draggy – it’s classy. His voice is huge and easily handles the rigours of the songs of the divas, but the backing tracks do not always have a clear line against which he can accurately pitch to the key of the music. However, it is easy to see why Cazeleon has won an Adelaide Fringe Best Emerging Artist Weekly Award.