Fear and Delight – The Complete Experience 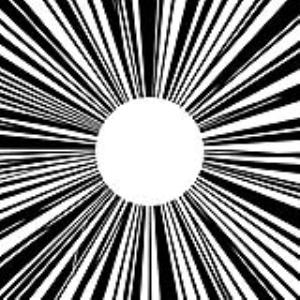 As home to the premiere season of this new Strut and Fret show, Adelaide is being treated to the most highly anticipated (and priced) show of the 2015 Adelaide Fringe.

Billed as an evening of “visual and edible wonderment”, ‘Fear and Delight’ asks that their audience “shed their inhibitions and experience an interactive feast of theatre and culinary wonder…”

The Complete Experience finds the addition of an immersive, ritualistic, cult-like initiation in which audience members are lead on a culinary  and visual journey through Adelaide’s Rymill Park. Guests are confronted by characters participating in unconventional acts as well as theatrically prepared appetisers which tickle the imagination and challenge the taste buds.

On the menu are selections like ‘Oyster Black Seafood with Edible Sand’ served from a clam shell; ‘Beef Jerky with Ant Mayonnaise’ presented on a cow skull; and martini cocktail glasses filled with a ‘Jelly of Seaweed, Water Plants, Frog Spawn, Roasted Meal Worms and Fried Grasshopper’.

In some instances the descriptions are theatrical only; but in the case of the ants and meal worms – that is exactly what you’re eating!

After our brief, interactive ceremonial jaunt, we are seated for the main meal. As VIP guests at the ‘Fear and Delight’ show our table is formed from the sides of an enormous raised stage, 25 seats long on each side, on which the performance will later take place.

This front row location proves to be one of the key draw cards of ‘The Complete Experience’, experience.

Carefully prepared by internationally renowned chefs Didier Prince and Roy Wiggers of ‘The Dutch Food Slingers’ the main meal is as experimental and theatrical as the actors serving it. Whilst Heston Blumenthal might look twice to see what interesting creations this duo has delivered, I doubt that he would try them twice. Much of the food is over-cooked in concept and a tad underdone on flavour. This is not to say it doesn’t taste of anything but one does struggle to finish most of the offerings available. The ‘Roast Chicken Leg with Claw’ is, however, both notable and delicious.

The official wine sponsor, d’Arenberg, turns out a great selection to accompany the meal including ‘The Money Spider Roussanne’ and ‘The Derelict Vineyard Grenache’. These wines are excellent choices and continue to be enjoyed by ‘The Complete Experience’ guest’s right through the show.

When the show begins, all that came before is forgotten. The performers have us transfixed as they move through the delicate choreographed performance that is ‘Fear and Delight’.

British musicians, ‘The Correspondents’, provide a live soundtrack to the evening with vocals in the supremely capable hands of Mr Bruce, and musical direction by his partner in musical crime, DJ Chucks. The electro swing stylings of Bruce are intoxicating and he is ably supported by Australian-born Simone Page Jones on female vocals. What this performance has, that others of its kind seem to be lacking, is a theatrical narrative which is intrinsically tied to both the soundtrack and the choreography.

‘Fear and Delight’ is more dance than acrobatics and this is its strength. Renowned French dancer, Anne-Caroline Boidin, provides much of the contemporary dance flair and her commitment and energy is outstanding. She is not alone though. The whole cast, whether comedian, acrobat, aerialist or dancer, collaborates on the movement that ties the performance together.

The acrobatic trio‘15ft6’ of the Netherlands are technically superb. Spending most of her time in the air, or at the mercy of her trusted colleagues, acrobat Tain Molendijk stuns the audience with both her agility and aerial beauty as she flips and flexes all over the stage.

Aerialists Saulo Sarmiento and Nick Beyeler turn the heads of female audience members (and some of the males) with bodies many would kill for.

At the conclusion of the performance, the audience is invited to dance the night away at ‘The Devil’s Lighthouse’ with cocktails specially designed by Bompas and Parr.

‘The Complete Experience’ is complete. The show is absolutely worth a look and I encourage you to check it out. Love or hate the prequel it is a unique and memorable experience - albeit not a cheap one for those considering the purchase. Either way, there is something here for everyone and it must be seen to be believed. Go, for the fear and for the delight.

Where: The Garden of Unearthly Delights – Rymill Park