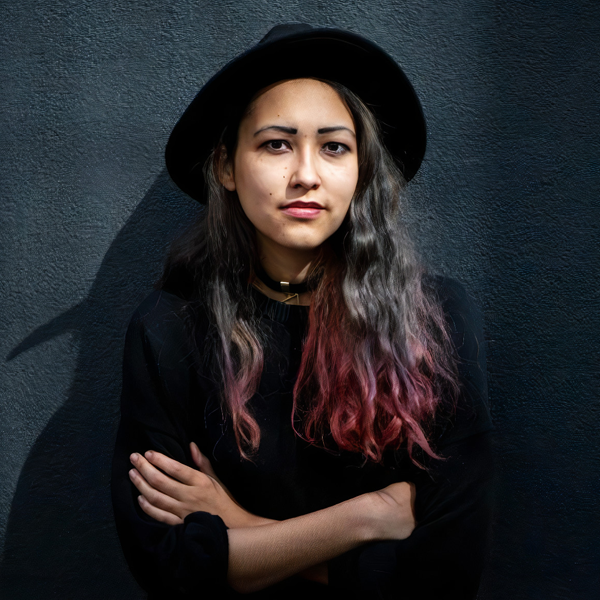 How seriously do we dare to take the promises of the cosmetics industry?

And, what is beauty, anyway?

Such are the questions which permeate the script of White Pearl, a dark comedy which headlines the 2021 OzAsia Festival.

It is the work of Australian/Asian playwright, Anchuli Felicia King. She is a bright millennial whose cross-cultural education and life experiences have given her a particular insight and perspective on the world of women in both Asian and Western cultures. Wherever women come from, the one thing they have in common is that they all want to seem younger-looking. They also seek to be more beautiful. And, as King pointedly laments, these are yearnings driven by a sense of shame and self-hatred inculcated by cultures and marketing.

This is what her play, White Pearl, explores, she says, this and the slippery world of skin creams.

The play is set in Singapore where a group of young women are touting a supposedly breakthrough whitening skin cream. Not all Australians will understand the Asian market for whitening creams since, as King points out, Western women are usually more interested in darkening their skin by tanning. White is not the white woman’s quest for chic.

But in some Asian cultures opposite values are attached to light skins. White can be deemed beautiful because it signals wealth and class.

So, while white women seek sunshine and tanning cosmetics, their Asian sisters are on the quest for a perfection of pearly white.

And, of course, the marketplace wants to sell to all of them, and its highly competitive strategies are riddled with “innovations”.

As one who has grown up amid Thai, Philippine, Australian and American friends and relatives, King has found a front row seat to observe the skincare nuances of all of them, finding certain common threads, and definitely streaks of sad irony.

Hence, her play takes a sardonic look at the contemporary beauty phenomenon and hence, successfully having touched a universal nerve in doing so, it has been produced in London, Washington DC, Sydney, and now, thanks to OzAsia artistic director Annette Shun Wah, it arrives in Adelaide.

With it, audiences will be learning the new word of “cosmiceuticals”.

“I have done a lot of research into the pseudo-science of ‘cosmiceuticals', says King.

“They go in fads and cycles of ingredients including strange things such as snail mucin and bee pollen, all mythologising anti-aging because people are desperate.

“The conversations around the world are changing. I think we are at an historical juncture.”

White Pearl does not leave the global conversation simply at skin creams but reaches into the depths of how skin defines race and how racism is expressed against blacks and Asians.

This conversation is hurled in the play by a skin cream advertisement which goes viral online and is deemed to be racially offensive.

Racial sensitivities and the ability to both express them and respond to them have been largely liberated by the Internet and, as one who has grown up with the internet, 27-year-old King has been observing the evolution of such conversations.

“The internet has defined how my generation thinks about politics,” she says,

"On the plus side, we are global and some are having empathetic conversations about race and gender. It allows us to get outside the local and national bubble and see others from their point of view."

King observes these evolving cross-cultural and cross-racial exchanges to be rising to what she calls “an historical juncture”.

White Pearl was King's first play and has been developed in productions through the collaborative chemistry of the rehearsal process. King says she finds this richly rewarding.

White Pearl was first produced in 2019 as was King’s next play Golden Shield which had its world premiere with the Melbourne Theatre Company. Golden Shield has been promised more productions in the UK and USA while her play, Slaughterhouse, was picked up by Melbourne Theatre Company and premiered at 25A, Belvoir. Another play, Keene, was awarded a New Contemporaries Award by the American Shakespeare Centre.

Hence, one may say that King is as prolific as she is promising as a playwright and she is the current Patrick White Fellow at the Sydney Theatre Company. Her latest work springs forth to the television in an imminent HBO series called The Baby.

She says she is driven by the love of finding and telling good stories. She is a dedicated researcher and says she researched a great deal as a foundation for White Pearl but, oddly, her preferred places for the subsequent act of writing tend to be public, particularly bookshops and airports.

It was easier in the pre-pandemic days when King’s life involved a lot of travelling as well as living and studying in New York. Indeed, she describes herself as “global” through both background, travel and world view.

A lot of the issues which beset Asian women, including the cosmetic quests illustrated in White Pearl, she attributes to the legacy of colonialism.

“The play tries to explore all our conversations about the changing world of beauty standards,” she explains.

“How dated they are.

“Now women are accepting their skin as it is.”

Who knows how this movement may influence the future world of the cosmiceuticals?

For the moment, White Pearl shows its present with a portrayal of the venality of a toxic corporate culture, but King injects this with a sharp sense of satire and, adding a smart cast has delivered a show which has been reviewed as fast and funny as well as pertinent and erudite.

Significantly, not only does this OzAsia production present a dark comedy about the cynical world of the dubious promises of beauty products, it also offers a springboard for the understanding of a millennial perspective. Perchance it signals the cutting edge of a much-needed new generational voice in the theatre generally.