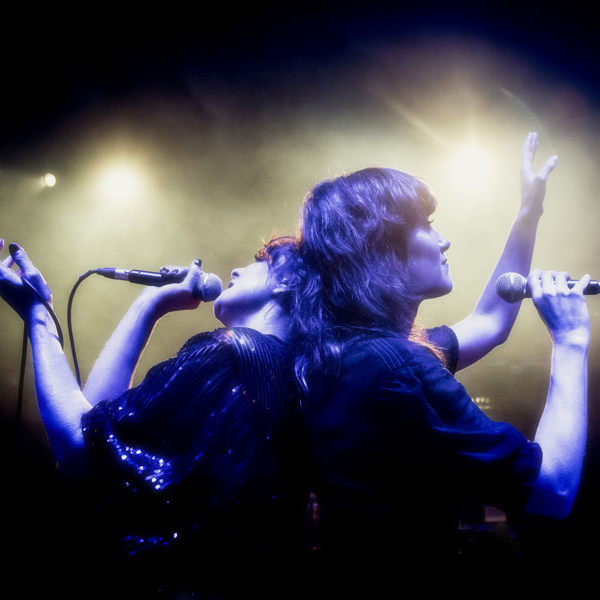 There is nothing “vague” about Nouvelle Vague.

Marc Collin, co-founder with Olivier Libaux of the gorgeous French musical group, says it is really quite specific. Its musical origin is in bossa nova which is in fact Portuguese for “new wave” and it translates into French as “nouvelle vogue”. So there we have it, it is “new wave” music and it is on an extended curve of the ever-new.

Then again, Collin adds, there is another old-school association to the name of newness. “Nouvelle Vague” also is the name of a renowned French cinematic movement of the sixties.

“Sometimes when we talk about our project, people are confused,” he says.

But there is no confusion when listening to the music. YOUTUBE Link

It simply wraps one in a silken pillow of rhythmic beauty. With the sweetest, softest female voices and catchy beats, it is a world unto itself. And yet, it is a world of covers. Very clever.

“Bossa nova is a beautiful style of music because it is a mix of samba but slower, so it has a kind of floating rhythm.

“But I don’t think there’s a dance. It’s more something you experience. It was created in Brazil but it very quickly became a worldwide phenomenon. Everyone was doing bossa nova, even in France, in the sixties.”

One may think that punk is an art form alien to such descriptives. But no.

Punk is one of the celebrated aspects of Nouvelle Vague.

“The first reviews we had were in England and they said that only a French band could mix these very famous punk songs in a jazzy, sexy way, recalls Collin.

But, while their music makes one feel good, it is emphatically not “feel-good” music, he adds.

From the beginning Nouvelle Vague has resisted the idea that it is like lounge music. It can be very serious music,

“If you listen carefully, there are some really dark themes,” says Collin.

"Interesting stories and lyrics that resonate" are the essential core of the band’s choice of song.

Collin and Libaux’s first Nouvelle Vague album appeared in 2004 after the two Parisian musicians had agreed on the possibly crazy idea of making a bossa nova version of Love Will Tear Us Apart. Into the studio they went with further song titles, and female vocalists with a fresh approach, and within a year there had been 200,000 worldwide sales and Nouvelle Vague was a hit.

Since then it has travelled the world. Collin admits that touring and performing the same music repeatedly can be tiring. But it is clearly a satisfying lifestyle since, he says, “When we are not touring, we’re missing it”.

The female vocalists chosen for Nouvelle Vague are chosen for the way in which their voices “fit a song”.

“But really people are not coming for the singers. They’re coming to listen to cool songs and our way of doing music,” says Collin.

“That's why we’re still touring 15 years later. The concept has stayed stronger than the people."

The punk pop group first came to Adelaide a decade ago for the Cabaret Festival.

Now, while starring during the kickoff of the Adelaide Festival Centre's 2020 program, it will be celebrating its 15th anniversary.

In honour of this landmark, Collin says Nouvelle Vague brings something special.

“It’s a new show that we’ve built for this 15th anniversary, so we’ve tried to get back to what we used to do in the past,” he explains.

“We didn’t have a drummer or bass player back then. It was more minimalistic.

“We’re playing most of the songs people like, and some songs people have never heard live before. It will be covers from different albums over the years - a kind of ‘best of’."