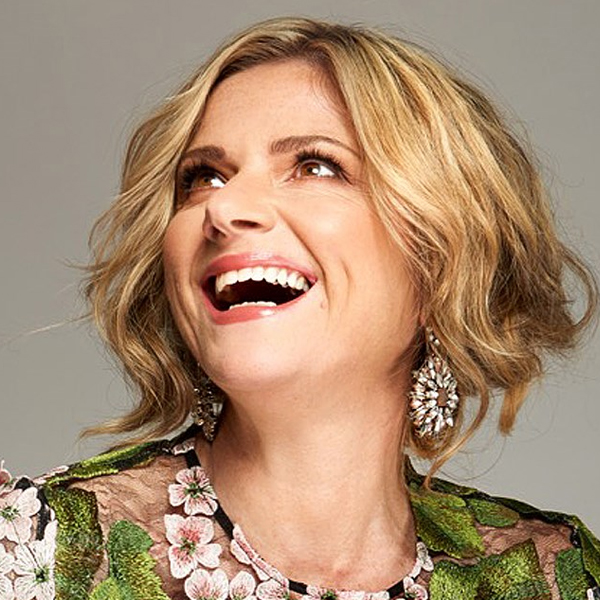 It is out! At last. The Cabaret Festival program is public. We can start booking our seats.

Keeping secrets has been tough for her; shtum is not her preferred style.

Luckily, the marketing powers-that-be allowed her to leak out bits of the program to trusted journalists so she had a few chances to bubble with excitement. Now, after all the planning and programming, she’s looking forward to the foyer talk during a couple of action-packed weeks in which she will be doing a spot or more of performance herself.

Zemiro realises she has been appointed to the CabFest because she has an appeal to a younger demographic. Her challenge has been to find things which are a bit different.  She talked and talked to the showbiz world. She went to Edinburgh Fringe and overdosed on a program so huge she found it hard to work out what she could choose from it. She has a much smaller model to fill. Under 50 programs are the shape of Adelaide’s winter CabFest.

No, it will not be a program full of burlesque, she reveals; only the inimitable Maude Davey who is going to bring back her burlesque show about not doing a burlesque show.  My Life In the Nude.

“She does not want to do it anymore. It is a show about why do people want to work in the nude.  It is a show so moving and so beautiful that I had to go away and talk about it for three hours.”

But the big headliners of CabFest 2019 are, ta-da, Dami Im and Kate Miller-Heidke, Australia’s popular Eurovision stars, both so dazzlingly young and so different.

Zemiro was blown away by Kate's Eurovision performance and tips her to be in the top five next time. Yes. She will stand by that. Noted.

Of course, Zemiro has a big soft spot for Eurovision, having been the adored commentator for many long years, albeit the public knows her also for RocKwiz, Good News Week, Julia Zemiro’s Home Delivery, and as Australia’s Brainiest TV star, among other things.

But the Eurovision years brought Zemiro into the hearts of many Australians, showcasing her witty smarts. There has been much grumbling about her departure. She laughs it off. It’s best to leave when one is at the top, she explains. And she had been “midwife” to Australia’s inclusion in the competition itself.

To keep the fan base happy, there will be quite a strong Eurovision presence in the CabFest. And also, another thing at which Zemiro excels, Improv.  That is an entirely new ingredient in a Cabaret Festival, bound to have people arguing that annual chestnut: “what IS cabaret?”

Look out for Spontaneous Broadway.

To Zemiro the Adelaide Cabaret Festival 2019 must resonate as a something for everyone creation full of surprises. So, her first program is categorised, not by conventional entertainment genres but by internal human preferences such as thrills and risks and ease and laughter.

It will even have "curve balls", taking audiences out of their comfort zones, she warns.

“People might not like every show but they will not be able to argue the skills involved,” she challenges.

“There will be more flesh on the bones. Substance! Shows with strong stories, I can stand by every show. And I’ll be in the foyer every night to talk about them.”

Also, high in the spirit of the Zemiro CabFest is its old inspiration and founder, the late and beloved Frank Ford.

“We pay respects to Frank Ford and I’ll be raising a glass to him nightly,” she asserts.

Another first from Zemiro is the idea of a "Literary Cabaret". This is represented by a show called Liner Notes which derives from the old CD covers one could often barely read because they were so tiny. But one studied and read them over and over while listening to the music. Zemiro says she was a great devotee to Liner Notes and there are about fifteen albums she says she knows inside and out. The literary aspect is the challenge for “interesting writers and performers” (she is not giving away names yet) to listen to a track and then prepare five-minute reactive liner notes to be delivered as a song or a speech or a poem.

“Where were you then? How was the world for you then?” she suggests for the content.

Of course, there will be old-fashioned cabaret things such as concerts and solo performances by talented and imaginative singers. There will be new blood and old blood.

“David Campbell! I’m getting him back off the TV. He’ll do a huge swing show at the Thebby”, touts Zemiro.

Since the Festival Theatre is booked with a musical and Her Majesty’s in major re-creation mode, the dear old Thebby has come to the rescue once again.

Indeed, the razzle-dazzle opening gala show, which now is not officially called "opening gala" but is instead a cabaret party called The House Is Live, will be in the Thebby. And it will feature a wild variety lineup of stars, some of whom are not actually performing in the CabFest.  There will be Paul Capsis, Reuben Kaye, Omar Musa, Meow Meow, Queenie van de Zandt, and other new talent on the national rise.

For kids, there is a Random Musical in the CabFest program.

“I might get caught up, too, with my old character. I might bring her up,” Zemiro warns.

“I want people to come to the Cabaret Festival and have a good old bloody laugh.”

She also wants to thrill with the “classic cabaret conceit” of performers telling life stories, to which end siblings Vickie and Linda Bull are likely to be a sell-out attraction.

"From Tongan background to stardom,” cheers Zemiro of the former Black Sorrows singers.

RocKwiz, another Zemiro special, will have its spot. “Rock the Rock Musical,” she declares. Look for Tim Minchin and music from The Who and Queen and Elton John and Abba….and… “shit hot singers to sing the hell out of the songs.”

And, not only but also, some very special dance is programmed. Aaron Cash, special dancer for Cher, pas-de-deux partner for Twyla Tharp, and Ballet Revolution legend, will be on the program.

"What a story he has to tell. What a superb dancer,” swoons Zemiro.

“He’s not 25 anymore but he’s still gorgeous. I wish I could go back and do his dance classes.”

And so it rolls on into a winter wonderland of entertainment.

There is almost too much to take in.

There is even the beloved Spiegeltent, with vivid big band happenings afoot.

Only in Adelaide, the Cabaret Festival city, can one say: “Yippee, winter is on its way."