Interview: Belperio Under The Microscope 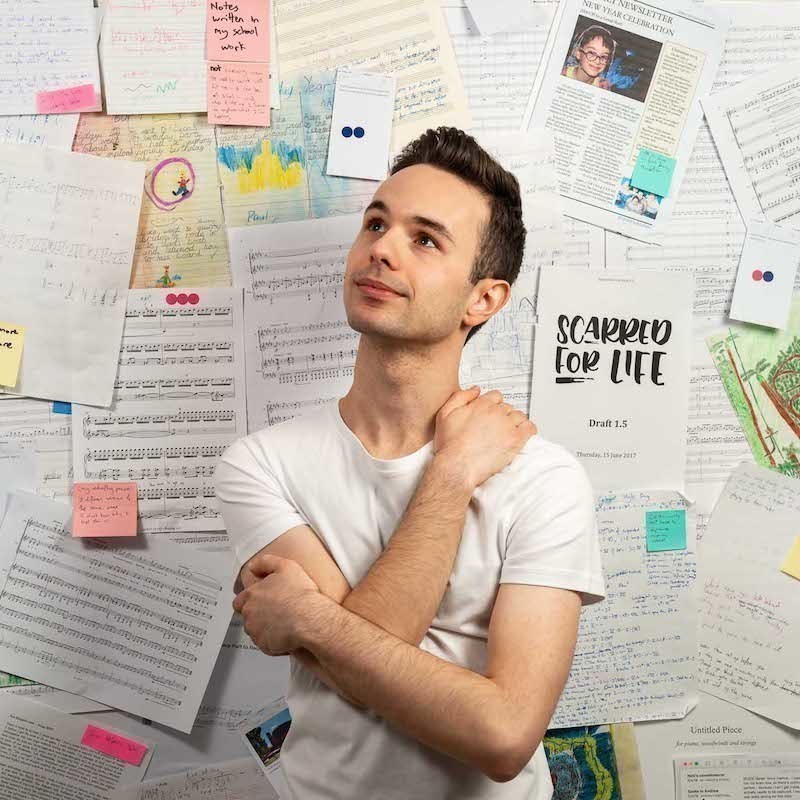 “Roll up one, and roll up all! // For an announcement I pronounce // Meant to amuse and inform! // Adelaide, Adelaide, make a sound // For the greatest festival in this town”.

These are the words that kick-off Josh Belperio’s witty and catchy Thank you Thursday song, a thank you to the Adelaide Fringe Artist Fund for supporting his latest venture 30,000 Notes that is being staged by Belperio and Matthew Briggs’ production company Under the Microscope.

30,000 Notes is an expensive show to mount for a young production company and Belperio and Briggs launched an all-out funding campaign that saw over 60 private donors contribute to the cause as well as the Adelaide Fringe Artist Fund. To say thank you, Belperio composed and filmed himself singing a series of original dittys, personalised to the donor, and posted them to social media. They’re still available on Instagram and they are infectiously amusing!

These ‘thank you’ songs go to the very heart of Under the Microscope and to the show itself.

It’s a big heart that is filled with buckets of joie de vivre, a lot of creative talent, a commitment to hard work, a deep belief in self, and an irrepressible can-do attitude, all with ear to ear smiles!

“30,000 Notes is a story of finding love, of finding who we can love, and how we can carry with us those who are no longer here” Belperio says. These eternal ideas have been woven into a story and set to his own original music featuring piano, and a virtual string quartet and choir of 16.

Whilst he has had the show in his mind for some time he didn’t know exactly how it would turn out until he had heard the finished product.

Off the back of last year’s Fringe success there is every chance 30,000 Notes will do well. Winner of Best Cabaret Award in the 2018 Fringe Festival, Belperio’s show Scarred for Life played to near capacity audiences and received rave reviews.

Belperio’s musical influences include not only great composers from the classical past, but also highly popular contemporaries such as Eric Whiteacre and Morton Lauridson. Interestingly, these two composers featured in a packed out concert at the recent Intervarsity Choral Festival. Belperio also says he is influenced by minimalism. Its repetitiveness, thin textures, and uncomplicated tonalities can grate at times but Belperio’s work overcomes this with sounds that are mesmerising, modern, toe tapping (at times), and loaded with musical meaning.

Of the musicians he worked with, Belperio says, “The sounds that they made blew my mind, and it really was an honour and a privilege to have them bring my music to life.”

Of course, every composer and every musician learns something new every time they ply their craft. Belperio believes that the process which brought 30,000 Notes to life has greatly enhanced him as a professional musician; he pays homage to his mentor Carl Crossin OAM for this.

“I hope that the audience connect[s] with the theme of frailty.” Belperio says. “That is really the overriding theme, not just of the music but of the whole show.”

Don’t hesitate to add 30,000 Notes to your Fringe program. Music, drama, humour - it promises to be something special!