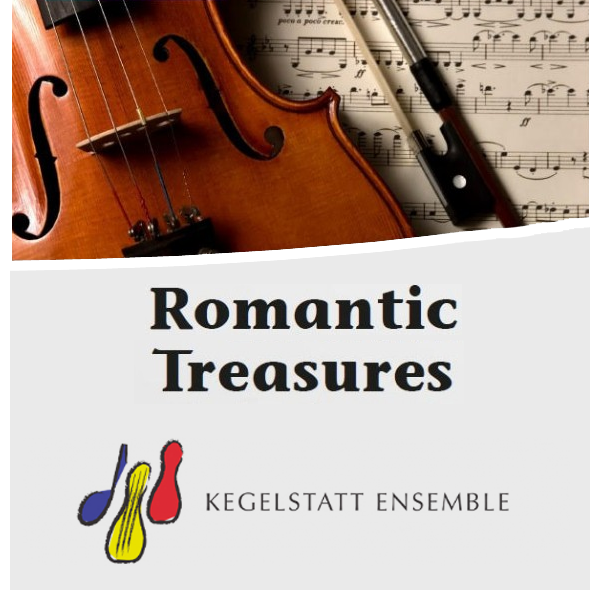 It is a joy to hear live performances of seldomly performed works, and the most recent concert of Adelaide’s very own Kegelstatt Ensemble gave that experience to a sizable and appreciative audience in the Burnside Town Hall Ballroom, in spite of the exterior road traffic noise that works its way into the auditorium; Adelaide desperately needs an intimate high-quality concert venue. Unfortunately, Kegelstatt concerts are frequently one-off events and so if you missed this one, then you missed it.

In their own words, the Kegelstatt Ensemble is “dedicated to facilitating approachable experiences of great works and lesser known gems of the chamber music repertoire, especially those rarely heard live due to their scoring for non-standard combinations of instruments.” True to their word, today’s concert included two lesser known works – Emilie Mayer’s String Quartet in G minor, Op. 14, and Dvořák’s Drobnosti (Miniatures) for two violins and viola, Op. 75a. The program finished with Schubert’s well-known String Quartet in A minor, D. 804 “Rosamunde”, which might deserve the tag ‘treasure’, but it’s arguable that the Mayer and Dvořák do!

The Kegelstatt Ensemble also has a focus on “historically informed performance” which results in playing techniques and practices that are closer to how compositions may have been performed at the time they were written. An obvious example of this is playing on period instruments, and for today’s concert the Kegelstatt’s instruments were strung with pure gut strings rather than metal, synthetic or composite strings. In the hands of accomplished musicians, gut strings can produce more brilliant sounds (as more overtones come into prominence) and a warmer and more ‘homely’ tone.

The members of the Kegelstatt are indeed quality players and they elicited beautiful sounds throughout the Mayer string quartet and gave its ample melodic themes both distinctiveness and personality. The opening allegro appassionato movement featured a prominent viola and cello combination from real life partners Anna Webb and Kim Worley who set a high standard for the remainder of the performance. Undeservedly, Mayer is almost an unknown composer of the Romantic period, and this performance was an eye-opener. Mayer deserves to be heard more often.

The performance of Dvořák’s Miniatures was the highlight of the concert. The four relatively short pieces for two violins and viola have the character of a suite, and each piece is rich with character, melody and rhythmic charm. Rachael Beesley and Ben Dollman on violin produced a sweet singling style, even in the enthusiastic folk-song inflected second movement.

Schubert’s so-called “Rosamunde” string quartet was played with superb clarity and articulation, especially in the andante second movement and the allegro moderato final movement. The inner voices came through particularly well, which is a credit to Beesley’s work as leader.

The Kegelstatt Ensemble is a quality performance and educative outfit, and deserves its place on Adelaide’s chamber music calendar.