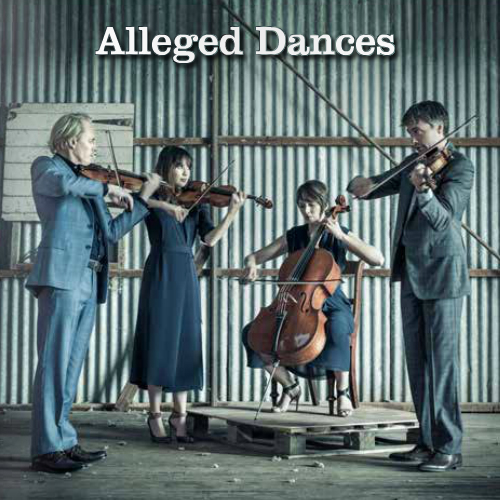 To mark the occasion, the ASQ has chosen a program that includes a world première by Australian composer Matthew Hindson and a reimagined quartet by post-minimalist American composer John Adams. Both include and additional musician on percussion. These two contemporary pieces are bookended by more standard fare – a quartet by Beethoven, and one by (Robert) Schuman – but it’s a shame the Hindson was not programmed to bring the curtain down, because it was spectacularly inspirational and well worth the price of the admission ticket alone. As part of the Adelaide Festival of Arts, the packed audience witnessed the birth of what is destined to become a classic of the genre.

The bookends are both all about their fourth movements. Schumann’s Op.41 No.1 is a ‘safe’ composition and shows the composer plying his craft as he learns about what it means to compose for a string quartet. The first two movements lack dynamic color and texture, and the dialogue is sparse. The composer is feeling his way and finds safety in Haydn-esque classicism and restraint. The adagio third movement is more lyrical with the viola and cello building the momentum. It segues into the presto final movement which is brimming with spiky dynamics and diverse ethnically infused dance rhythms and melodies. The cello provides a drone like spine to the movement and has the final exhausted gasping word.

Beethoven’s string quartets are perhaps at the pinnacle of the genre and are always a great curtain raiser. A sure fired way for the ensemble to announce its credentials in case we were ever in doubt. Like the Schumann, the first movement of Beethoven’s Op.18 No.6 begins modestly, and the ASQ took the classy dotted rhythms in their stride. The luxurious slow adagio second movement strips away the density of the first and finishes gently with gentle pizzicato chords before giving way to the spirited scherzo third. But this all gives way to the no-holds barred of the adagio fourth movement, which the ASQ held in tight control and articulated beautifully (bravo Sharon Draper on cello). The audience loved it, and rightly so.

First violin Dale Barltrop introduced Hindson’s String Quartet No.4 (for string quartet and percussion) and made special note that it was composed especially for the new ASQ and was also a dedication to his beloved one year old daughter.

Born out of the promise of new beginnings, it is a liberating work and reminiscent of meditative Asian spirituality. It begins with crashing chords made all the more impressive by the inclusion of the vibraphone played passionately and expertly by guest percussionist Claire Edwardes (also dressed in blue… for new). The striking opening gives way to rising arpeggios and, as in the third movement of the Schumann, the cello and viola drive the piece forward. Astonishing ascending and falling repeating scale passages foreground the vibraphone and the occasional use of the mallet handles (rather than the heads) eventually quietened and put to bed the first movement. The second (and final) movement began with a languid melody that was passed gently between the instruments and evoked memories of the third movement of the Beethoven. Gradually there is a sense of awakening – perhaps a child stirring and beginnings its day under the loving and watchful eye of a parent. The scoring becomes inquisitive and the instruments enter into multiple dialogues searching out answers and ways to resolve the question they ask of each other, but not always successfully. Doubts linger but hope tentatively rises and eventually provides a calming influence and the piece gently closes.

Hindson’s composition is truly remarkable, but the same cannot be said for John Adams’ Alleged Dances. I should stress that Adams is one of my most admired composers but these short pieces just “don’t do it for me”, and didn’t for many of the audience. They were however entertaining and the inclusion of percussion on diverse household kitchen containers (everything but the kitchen sink!) again at the hands of Claire Edwardes provided an amusing accompaniment to the ASQ.

It was fitting that the Adams should be bookended and hence eclipsed by the Beethoven and Schumann, but it was a shame that its partner was the Hindson, which should have been the finale!

This was a fabulous start to the ASQ’s 2016 season. I can’t wait for the next instalment.