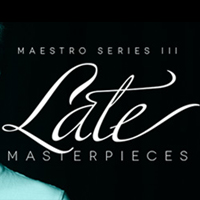 As the old saying goes, silence is golden, and this is never truer than when silence is effectively incorporated into a musical composition.  Forget arpeggios or scale passages played at dizzying speeds, a well placed ‘rest’ is just as challenging to play; the difficulty is ensuring that everyone comes back in at the precise time, with the correct tempo and with the right dynamic.  Getting any of this wrong can scar a performance.

On this point the Adelaide Youth Orchestra was well tested at its final Maestro Series concert for 2013.  Tchaikovsky’s deeply layered and brooding sixth symphony uses silence with devastating effect.  Moments of nothingness emphasise deeply affecting melodies and then summon a lonely woodwind or a horn to wrench us back out of our contemplation. But on occasion the effect was less than optimum caused by a faltering note played a little too loudly, or by imperfect unison.  However, this was more than made up for by the passion with which the orchestra tackled the symphony, and the strings and brass were very pleasing.

As usual, AdYO’s programming was generous.  The concert began with Sculpture in Wood by Rudiger Pawassar – a composition for four (!) marimbas.  I don’t ever recall a performance that featured four marimbas – and what a treat it was.  The timing and agility of the performers was impressive.

Joshua Oates was debut concerto soloist in Kalliwoda’s Oboe Concertino in F.  This young man has a bright future and is fortunate to be learning from the ASO’s principal oboe Celia Craig who is one of the best oboists going around. Oates played with assuredness and displayed none of the nerves that might be expected of a debutant.  His tone was sure and his breath control was solid.  He played the adagio movement with particular sensitivity.

The surprise and highlight of the evening for me was Richard Meale’s Three Miro Pieces, which are musical responses to three paintings by the Spanish surrealist artist Joan Miro.  The orchestra demonstrated an obvious affinity for the styles of the three pieces, and engaged the changing rhythms, metres and ever changing sound textures with apparent ease.  Under Conductor Keith Crellin’s baton the film noire qualities of the third piece were especially evident.

Another action packed and satisfying concert from AdYO.  But if the orchestra gets any bigger they will need to find a new venue or build a bigger stage in the Elder Hall!