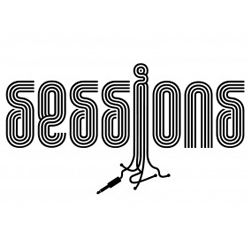 So Frenchy, So Chic

Bukola Elemide, known by the stage name ‘Asa’, is a Nigerian-born vocalist who grew up in Lagos and Paris. Playing tracks from her latest album, ’Beautiful Imperfection’, Asa delighted the Adelaide Festival Centre’s Space Theatre audience at the latest summer musical interlude entitled ‘Sessions’, with tracks ranging from soul and reggae to jazz and blues.

Asa sings in a mixture of both English and Yoruba, the language of a West African ethnic group known as the Yoruba people. The popular musical stylings are relaxing, approachable, warm and inviting.

According to her biography, Asa’s background has played a huge part in the creation of her music. Moving from Paris back to her home country and living in Lagos (the New York City of Africa where you either make it big or die trying) set her up for a hard working career.

Asa’s band featured two guitarists mixing it up with both electric and acoustic electric guitars, a keyboardist, bassist and drummer. Her wistful solo vocalisations had the audience bopping and swaying, Asa removing her shoes early in the set to truly get comfy with her audience.

The performance was a wonderful mixture of styles where elegant strings meet perfectly placed drums and percussion. Asa’s favourite instrument, the guitar, got an occasional run in the spotlight as well as a brief trumpet solo.

Tracks covered included ‘Bimpe’, sung in Asa’s native tongue, Yoruba - a groovy little jazz number sung over a four chord acoustic guitar riff. ‘Maybe’, sung in English and featuring a hot piano synth in the break and ‘Why Can’t We’, a jazz number in which Asa played with her audience, encouraging them to join in on the “ooh ooh’s”.

In a poignant moment Asa announced she would sing the song ‘Bamidele’ in her native language – “a beautiful language” she called it.

This performer is a true wonder to behold, and the sold out crowd was a testament to that, with people being turned away at the door for a ticket purchase. If Asa makes it back to Adelaide for a third time – be sure to catch her performance.

After the mellow 6.30 performance by Asa, fellow Frenchman and rapper Féfé took to the stage and set the Space Theatre alight with his unique style and audience revving personality. Donning his infamous visor cap and wooing the ladies with his French accent, Féfé was once again on fire.

Previewing an English track from his next album Féfé showed the audience what is just around the corner. His remarkable ability to write music which rhythmically translates to audiences all over the globe will ensure his ascension into world stardom. Féfé’s new English tracks hail an era of acceptance from a much wider audience, as if Féfé’s amazing blend of reggae rap wasn’t already exciting enough this guy is clearly on the verge of super stardom.

Féfé played many popular numbers off his first solo album ‘Jeune a la Retraite’, including the title track of the same name and the always popular ‘Dans ma rue’ which had the audience singing along on the “woy woy woy’s”.

A favourite amongst the moshing crowd was ‘Pause’ in which Féfé encouraged his audience to dance along with the track until he sang ‘pause’ at which time they were to hold the most awkward positions imaginable.

The crowd lapped up every minute of both of these amazing artists. Féfé, announcing his excitement to be playing in Adelaide for the second time since WOMADeladie last year, promised to be back soon.

Photography by: Arcade Photo for the Adelaide Festival Centre