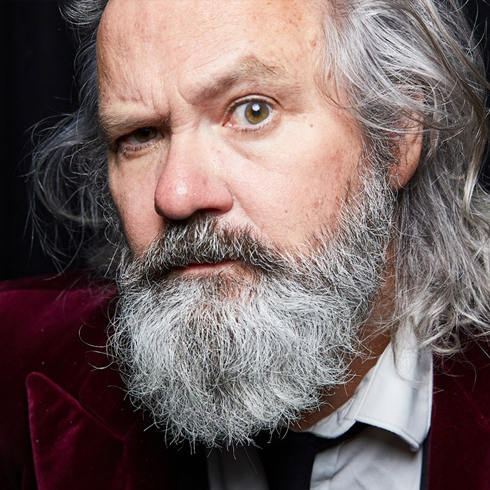 Somewhere near the close of the last century Paul McDermott was discovering the joys of a hidden side to Adelaide via a late night session at the legendary 1990s venue the Silvermine, in suburban Glen Osmond.

McDermott immortalised his experience in the song On The Inside (Adelaide looks beautiful tonight), a number which closed the show in customary style, since McDermott and sidekick (“my plus one”) have taken to ushering the audience outside of whichever venue they’re in, performing a little impromptu ‘extra’, as they did last Fringe.

Time seems to be a theme in this review, and it’s as good a theme as any. The audience was modest sized for an early evening opening night, and commented upon by McDermott in less than flattering terms. He didn’t mention the popularity of faux leopard skin print, so that was a plus. As our host, he was flinty eyed and salty, not murderous and vituperative as he was last year. Paul McDermott needs a target to focus his vitriol upon, and in the absence of last year’s villain Scott Morrison, that meant half-hearted jabs at the audience. It wasn’t pretty and it wasn’t very passionate.

Which brings us to the Funhouse; McDermott played the MC, and much of the show was about the additional performers. I’m not sure that’s what the audience signed on for. There was muted applause for Phyllma Box, a tattooed Drag Queen; quite a bit more for standup comedian Dilruk Jayasinha; and bemused shrugs for Captain Ruin. Were they there simply to establish the shows’ ‘cabaret’ credentials, or because there wasn’t much to the show itself?

Not to condemn with faint praise, but Box was a by the numbers performer (synching to Dead Or Alive’s Spin Me Around is quite 1990s), who used nine or ten costume changes in what became the least surprising reveal ever for a Drag Queen strip. Jayasinha turned a Melbourne lockdown routine into an ode to wanking and autofellation, which is nice for him, and Ruin roller-skated and escaped from a straitjacket. I know. Amazing!

Ruin also closed out the evening’s guest performances with a swinging rendition of a man with a bowling ball (yes, a big one) swinging from his penis. It’s a trick I haven’t seen since the Jim Rose Circus made it a party specialty about 25 years ago, and I hoped never to see it again.

So this show was much more than just McDermott and his faithful sidekick running through some songs. And yet, it was also so much less. After all, we heard only sparingly from McDermott as MC for the night, and were rewarded with a mere four songs. Song For Karens was used to sledge an audience member, Pete Evans Magic Machine was used to sledge the nutter and paleo TV chef, Young Fascists In Love was without a target, and Magic Machine was largely unchanged from the song we’d heard 15 months earlier when it had been reprised outside the Rhino Room by McDermott and Glen Moorhouse for their footpath encore. This despite there being a three piece band tonight, so the question ‘why?’ seems entirely apt.

Why now? McDermott needs a target and the show suffers when he doesn’t have one to pour scorn upon. Does he turn his attention to things which pleased him when he was younger? That part of the show seemed steeped in the 1990s, and his audience (most of us over 50) were broadly onside, but where was this going to take us in terms of his incisive humour?

This was not a bad show, not at all, although as a review it sounds dismissive. McDermott is too canny, too clever an observer not to realise at the moment he is a rebel without a cause.