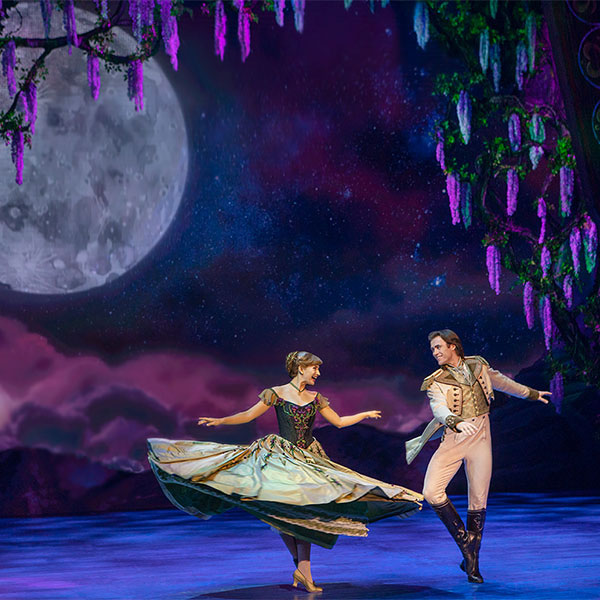 The tickets are expensive but the reward is substantial.

A theatre brimming with a wonderment of children.

One’s irritation at the disturbance of young voices in the sacred world of live performance soon fades as one overhears them gasping for explanations. "How do they do that, daddy?”

Well may they ask. There are so many moments of astounding wizardry in this big-budget production of Frozen.

Scene changes are simply breathtaking. Elsa’s shimmering ice palace is a glitter of loveliness. The light-plays of magic swirl and sparkle and when the big freeze comes, a stunned “wow” erupts in the auditorium.

Disney has resources and it does not stint.

One can almost feel the quality of the costumes as the skirts and frock coats swirl as the performers sway and spin.

Pleasantly, since the show is set in the cold northern European climes, the costumes are dark and strong and many of the dance routines are cleverly old school. The male dancers are big and strong. There is a lot of lifting.

And, of course, everyone looks movie-star gorgeous.

Frozen’s longevity as a Disney classic rests nicely on the theme of women’s strength and family loyalty. It is about two royal sisters, one of whom is afflicted with an uncontrollable magical power to freeze things.

To protect her little sister and others, she retreats alone into a remote royal ice eyrie and the narrative follows her little sister Anna’s ensuing quests to find her. There are goodies and baddies, powerful trolls, peasants in Tyrolean dirndls, a zany mountain family with a sauna, an heroic mountaineer with an utterly gorgeous reindeer called Sven, and of course, a talking snowman called Olaf.

Among the children in the audience are aficionados who have seen Disney’s movie version a zillion times and can tell you which songs are new. The musical has about eight songs but one lovely major hit song, Let It Go, along with Do You Want to Build a Snowman, a song beloved of the young.

Needless to say, Disney has cast highly able and adorably appealing performers to steal the hearts of the audience. Above all is Courtney Monsma, who plays Anna, the “spare” princess who forsakes all to rescue her big sister. She’s possessed of a glorious voice and even more, a delicious and spirited stage presence. Her big sister Elsa, is literally that with the imposing stature and glamour of Jemma Rix who gets to belt out big songs and perform miraculous feats of transformation. Thomas McGuane makes a chocolate-box pinup Prince Hans while everyone quietly falls in love with Sean Sinclair as Kristoff. Matt Lee is an imposing singing puppeteer and imbues the heroic snowman with cheeky spirit.

All round there are big Broadway voices and all around a huge cast working myriad complex costume changes and fantastically choreographed dance numbers.

Even the Disney merch is fabulous. The foyer sales desks are swamped with eager customers buying their own costumes and costume dolls, including Frozen blankets.

There’s not much for a critic to pick on.

The show opens with a Maypole dance and closes with snow cascading onto the audience. There is humour and drama.  The frocks are to die for.