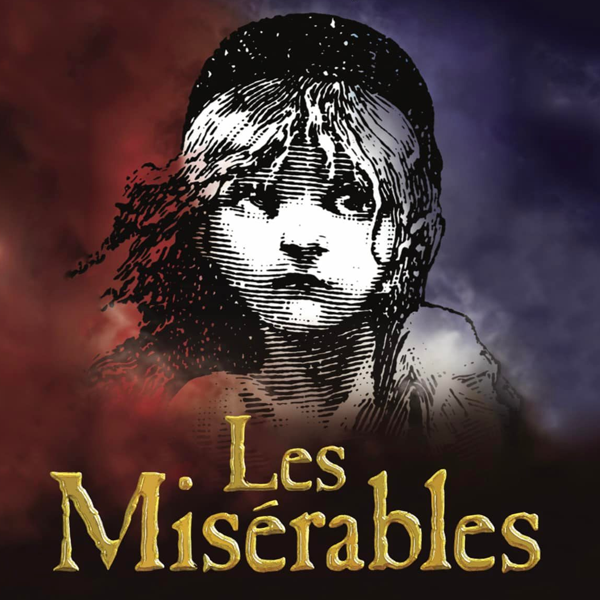 The waif Cosette has stared forlornly at us, emerging from the tricolor fog of the Les Mis poster, for over 40 years. The musical adaptation of Victor Hugo’s 1862 novel into English by Cameron Mackintosh is now the longest running musical in the West End – since 1985. Similar for Broadway. You can purchase West End tickets today for as little as £24. But you have to get to London first. A better idea is to go to Elizabeth and see Northern Light’s amazingly robust and thoroughly enjoyable production. And don’t take just my word for it – standing ovation on my mid-season Friday night show.

Les Mis is a lengthy, hefty narrative sweeping across early 19th Century France and has as many plots as major awards, including Tonys for Best Musical, Best Book of a Musical and Best Original Score, and Drama Desk, Laurence Olivier and Helpmann awards. Our hero, Jean Valjean, released in 1815 from 19 years of hard labour for stealing bread for his niece, is relentlessly pursued by policeman Javert for breaking bail. We see Valjean next as a successful industrialist and mayor who has risen above the miasma of miserable poverty so frequently on display on stage. He swears to Cosette’s dying mother to raise her as he would his own niece/daughter. Now a young woman, the student Marius is smitten by Cosette and leaves Éponine in his wake. Cosette was indentured labour to Éponine’s wretched taverner parents when they were kids. It’s now 1832 and Marius is swept into the June Rebellion which doesn’t end well for the naive rebels on the barricades. There is a great body count by the end of the show when the dead and the living attain resolution in a moving song cycle.

Director Gordon Combes has assembled a superb cast of exceptionally strong voices that breathe life into the sometimes-laboured libretto. Mark Oates – front and centre as Valjean – a highly credentialled professional musical actor, was last seen in the roles of Ian Duncan and Don Dunstan in this year’s world premiere of Neil Armfield’s Festival production of Watershed: The Death of Dr Duncan. He delivers an awesomely nuanced performance from sotto voce to full throttle. Bravo! David MacGillivray, playing Valjean’s nemesis, the copper Javert, is similarly equipped for musical theatre. He plays in body and soul the determined fanatic without question, and his Stars song is riveting. Bravo! The duets of Oates and MacGillivray are musically brilliant and charged with philosophical polarity. Liliana Carletti epitomises unrequited love in her brilliantly emotionally authentic rendition of Éponine’s On My Own. Brava! The student chorus of Do You Hear The People Sing? is famous and stirring in the hands of this excellent cast. A couple out of the box are James McCluskey-Garcia and Megan Humphries playing the decrepit and crooked low brow taverners, Thenardier. Theatrically and visually unusual in the production, they steal every scene they are in with their audacity and teamwork clowning. Bravo! I could go on and on. Everybody is great. The kids are great. Eloise Harrington provides haunting notes as the young and rejected Cosette while Harrison Thomas’s mature Gavroche is straight out of Central Casting from an American ‘40s film. Bravo!

Combes and Ann Humphries, not to mention the attention to grooming, especially the men with period beards. Bravo! The make-up department, usually self-assigned in theatre, is also wonderful, especially for the Thenardier buffoons, less so for some of the squalid characters whose grime looked more like they had a fight with a coal mine. Musical director Matthew Rumley led a 13-piece orchestra to perfection.

Northern Light’s Les Mis is a fantastic accomplishment not to be missed. Double Bravo!