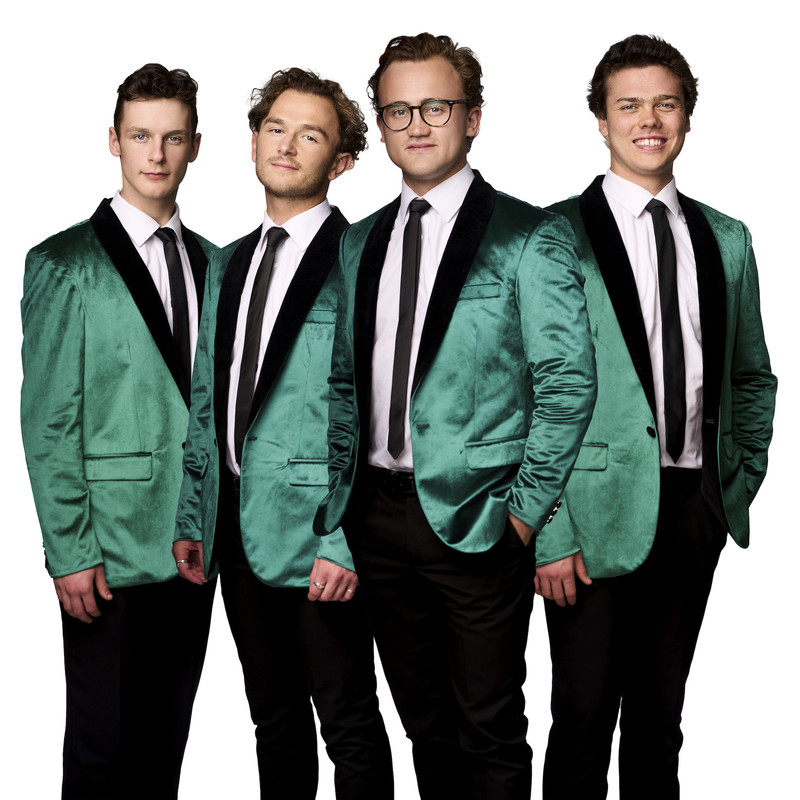 They just rocked the Norwood Concert Hall to the rafters and bopping Boomers ringed the auditorium in an ecstasy of lifted dance restrictions. As The 60 Four’s director, Ben Francis pointed out, they were the last dancing event before the covid ban and now they celebrate dance liberation to the day; in that very same place on a Fringe weekend afternoon.

While The 60 Four’s city Fringe season is now over, the hit group’s 2022 South Australian season is not. It will be on the road with a big tour to Victor Harbor, Renmark, Elizabeth, Whyalla, Kangaroo Island, Mount Gambier, and Port Pirie.

This is inspirational enterprise and a generous sharing of the rousingly uplifting act around the State.

There are Sixties music fans everywhere but rarely do they find a chance such as this to see and hear and feel the full gamut of that evergreen genre.

One might dare to argue that the skills of these young performers, Ben Francis, Kyle Charles Hall, Lachlan Williams, and Finnegan Green, are elevating them to the status of brilliantly bopping State treasures.

They deliver all the goods. All of them.

Not only do they have an impressive vocal range and endearing harmonic skills but also they are sizzlingly choreographed by Kyle Charles Hall making them as high-energy as high energy dares to go.

They seem inexhaustible. Their discipline is impeccable. They invoke nostalgia and share an era with new generations. They deliver joy. They are a class act right down to their shining polished shoes.

And, they even have merch. Not just glossy programs, but glossy t-shirts, too.

As for the two hours and twenty-five mins (including interval) of their production, sound balance is good, lighting lively and spirits high, high, exuberantly and tirelessly high.

They sing tributes to Frankie Valli and the Four Seasons, The Monkees, Motown, The Beatles, Elvis, Johnny O’Keefe; almost 40 upbeat songs from an era of legends.

These days, The 60 Four have collected some pretty big backing - a nine-piece band, no less. There is not just a fabulous drummer in the form of Bailey Hall and a top pianist in Marco Callisto, but all the trimmings of accomplished guitarists Jake Dawson and Jayden Dawson, trumpeters Triniti Jazz Canini and Emma Simpson-Smith, trombonist Jasmine Ferguson, saxophonist Benjamin Uhrig, and tuba-player Emily Legg.

This is a full-scale, big-time professional show from Australia’s princes of feel-good.

Where: On tour around SA