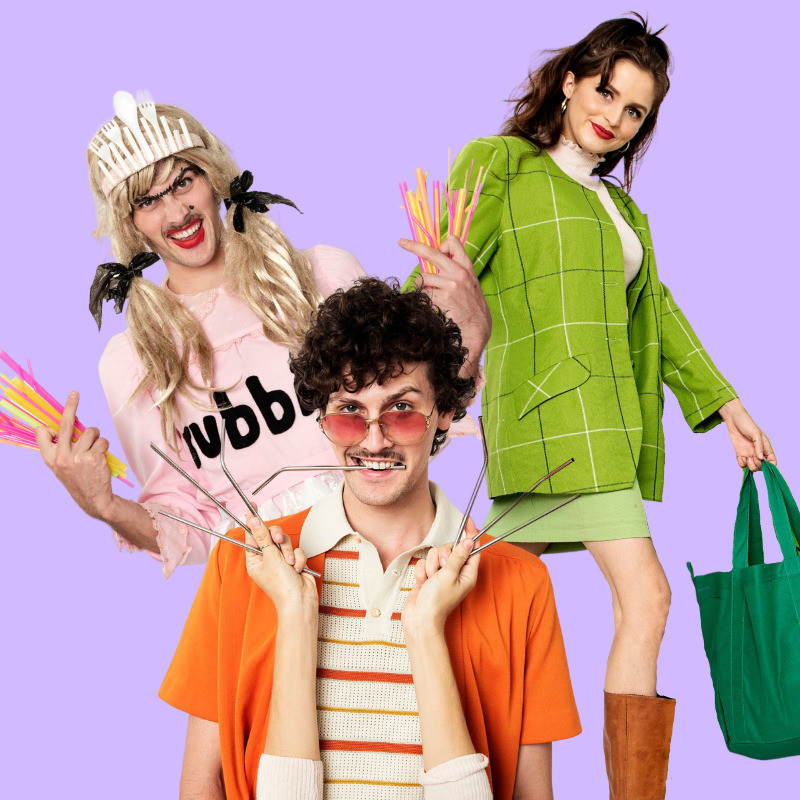 This show is absolute rubbish.

It also seemed to be more relatable and get more kids-audience reaction than any show I’ve seen in the last two years. I know schoolkids are taught about the environment and how to treat rubbish in Year 1 and 2 these days, so I suspect they identify more fully with a familiar topic. I’m okay with that, but a note to the performers: it’s rubbish not trash. DO NOT call it trash. Anyway, the kids love it, especially the six year old who bopped up and down from his front row seat to offer his take on everything. There was also an annoying kid over to the side who shouted over the top of everything, but you can’t buy audience engagement like that.

Anyway, the three of them pull quick costume changes; Jennifer, Nicholas and Samantha have a thing going with Converse Hi-tops, matching but for the colour. The opening scene - the show is really a selection of vignettes – deals with what has become all too familiar, the discarded pandemic face mask. Hint: it goes in the general waste.

The performances race through Rhonda from Recycling, a wonderful and lengthy piece about bin chickens (they’re here, but nothing like as much as in the eastern states), and Suzy at a dog show. I got a horrible feeling that the last bit was a longwinded lead-in to a poo joke, and so it was. Eating a baggie of dog poo is gross, so the kids loved it. Somehow (I’m not clear on this bit) it all finished with a car chase involving a grannie who thought it was her right to throw things out of her car. The kids put a stop to that rubbish.

Where: The Vault, Garden of Unearthly Delights