The Rite of Spring/common ground[s] 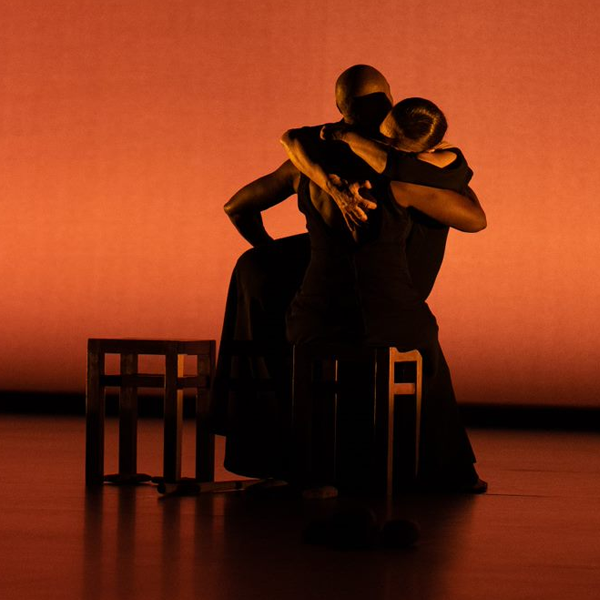 Rite of Spring was a seminal work of the great Pina Bausch and now almost half a century after its creation, its German cast has become African and its oppositional groupings have taken on a tribal spirit. In this woke era, the gender encounters and the carnal clashes are as disturbing as they are dramatic.

Bausch’s inventive choreography and her bold challenges to the language of human motion have had the most profound and lasting impact on the world of dance and here, in the Rite of Spring, accompanied by Stravinsky’s strident tonal assertions, the brutality within her 1975 work feels all the more startling.

It is a mighty work which has continued to leave audiences spellbound and adoring. This was evidenced by the standing ovation at the dance’s Festival opening night in Her Majesty’s Theatre.

There is some deep satisfaction to be found in Bausch’s characteristic formations: the tight bunches of defensive humanity, the desperate darting and dashing, the back arching and hunching, and controlled abandon.

This work is danced on dark, primeval dirt. It is a soft carpet which delivers a lovely padding sound as the dancer’s pound over it.

One of the great features of the production is, in fact, the spreading of the soil.

It is an interval performance piece.

The evening opened with two mature dancers in black performing a contemplative preliminary piece choreographed and danced by Africa’s Germaine Acogny with Bausch dancer Malou Airaudo. They represent a septuagenarian sisterhood of survival, dancing pensively with poles and washtubs symbolic of the commonality of female domesticity.

As this piece finishes, a huge backstage team emerges to rip up the big white square of stage floor on which the women have been dancing.  In Bausch-style symmetry, the crew replaces it, hammering down great rolls of canvas, then wheeling out huge bins,  tipping out their contents and then spreading the soil with shovels before sweeping it into an immaculately, smooth carpet. It is gripping theatre in its own right and the audience claps and cheers.

The ensuing dance of the Rite of Spring revolves around a red dress which is a ritual curse.

The woman wearing this dress must try to dance herself to death. Before this denouement, the thirty-eight dancers perform assorted defining rituals, the most spectacular and beautifully Baushcian of them all being a huge perfect circle of synchronous movements. Dancers rise and then crash, rise and crash.

The African men are all shining, muscular bare torsos. Powerful. Commanding. The women are lithe, beautiful, and vulnerable in their flimsy negligees. They are uniformly cream until one, miraculously, is wearing the deadly red.  The music throbs and shrieks and the tensions mount until inevitably the woman in red’s frenetic despair is over and so is the rite.