Watershed: The Death of Dr Duncan 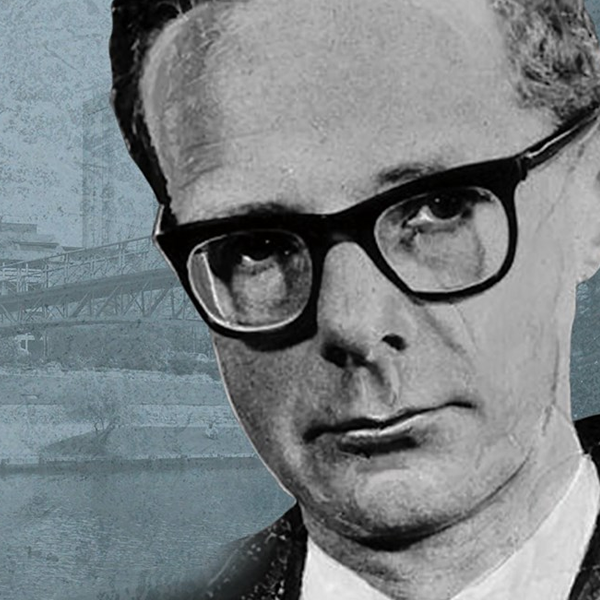 What is an old Adelaidean to feel when confronted with a creation such as this?

A torrent of emotion is evoked, a crushing weight of memories and, oh, such a yearning for the long-gone to know of it, to be there, too. Who could ever have imagined this day?

In find myself channelling John Bray, Don Dunstan, and my dad Max Harris among those long gone. These players in the midst of the political thrust of the time crowded into my mind.

I never met that shy English law professor, Dr George Ian Ogilvie Duncan, but his fate consumed my world for some time - just as it did for so many citizens of this city, so many of them fellow members of this opening night audience.

The societal reaction to the death of Dr Duncan on May 10, 1972, is superbly rendered by librettists Alana Valentine and Christos Tsiolkas in this breathtaking oratorio work.

Most potently is the "Medindie Establishment“ response depicted by one glorious mezzo singing the moral refrain of the day, the outrage of those who did not really approve of or understand homosexuality as such but as mothers and equals, were aghast at the cruelty and injustice of the murder of this gentle academic.

This rallying of Adelaide’s collective grief in the 1970s is potently portrayed, one daresay with a large nod in the direction of the production’s eloquent history consultant, Tim Reeves.

Watershed is a docu-drama of sorts, an oratorio which feels more like an opera. It is in a minor key. It has no tune to speak of but its libretto glides atop a multilayered and emotionally evocative orchestral composition by Joe Twist and conducted by musical director Christie Anderson.

There is recitative and more recitative, sometimes painfully attenuated. Perhaps because the pain cannot go away?

The voices are sublime. Oh, that bass baritone Pelham Andrews portraying the ugly cops and poor old Mick O’Shea. Ah, for Mark Oates as Duncan and also Dunstan, a lusty tenor with acting cred. Add Ainsley Melham as the lost boy alongside the harmonious might of the Adelaide Chamber Singers. Art, artful aural sensurround.

And then there is Mason Kelly, the dancer.

Lithe and brave, he is centrepiece to this historic phenomenon.

In flying harness, he is suspended over the stage, drifting, floating, sinking, drowning before our eyes. We can feel the weight of the water as it takes his life. It is vivid, immediate, agonising.

Duncan's death by drowning in the River Torrens remains unresolved. His murderers are unpunished.

The production fastidiously tracks the timeline of the case, the accused, the acquittals, the media, the torment of Mick O’Shea, the various attempts at legalising homosexuality in this state, firstly from Murray Hill and eventually by the sheer dogged determination of Peter Duncan (no relation). It depicts the evolution of the gay scene and the persistence of poofter bashing, even after legal relaxation.

It feels incongruous to hear an uncompromising vulgarity of language coming from classical voices in a libretto. But Watershed whitewashes nothing.

It is a brutally frank.

It is not an easy night at the theatre.

Feast, the Festival, State Opera, the determined powers which brought it together must be saluted along with its tech perfection: Jane Rosetto with a trusted and true perfection of sound; Lewis Major shining as the blazing new choreography talent on the scene; Aisla Paterson hitting exactly the right notes on costume and design; and lighting supremo Nigel Levings showing why he is still “the man”.

They are the powers behind the utterance that a show has “high production values”.

And, of course, there is the professional finesse of Watershed’s director Neil Armfield whose rise to eminence, as they say in the classics, “ain’t been for nothing”.