Live on the Heysen Trail 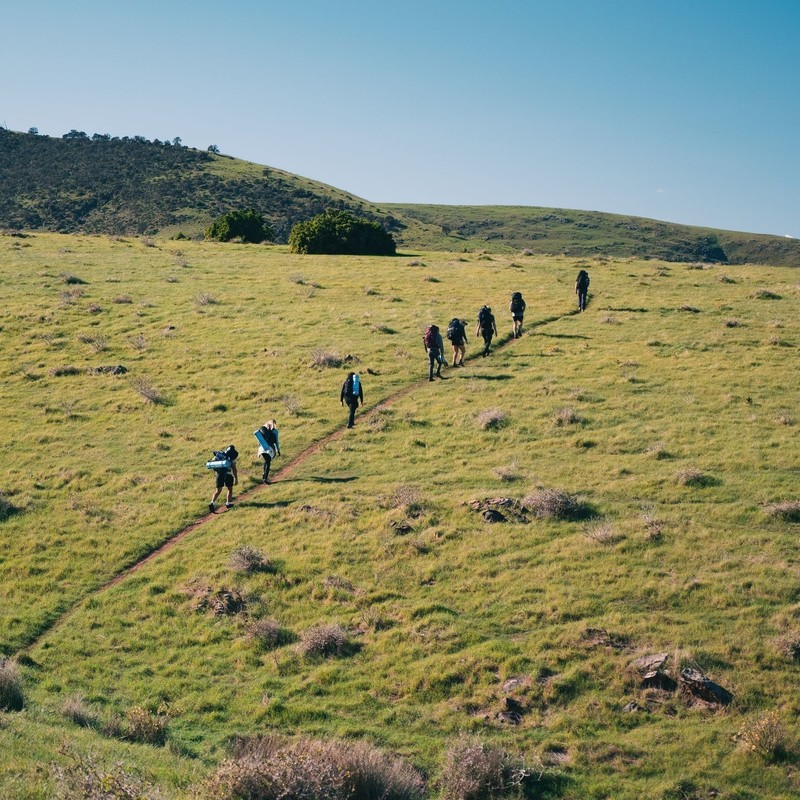 Like artists the world over, Ben Roberts and his band, the Ukulele Death Squad, found themselves in 2020 without a gig, without an audience, without a plan. Months of domestic and overseas gigs, just gone.

So in July of that year, Ben packed up his uke and took off along the Heysen Trail with Simon Kither, to film and record a musical journey far away from the madding crowd.

To be fair, they only got about 17 kilometres (of about 1200) in, but it was enough to record an album’s worth of songs and to document some of the stunning countryside that so inspired the painter Hans Heysen.

The end result is projected onto three screens, with Roberts taking the lead on solo ukulele and vocal, accompanied by Alice and Matt Barker (aka Roger the Albatross). The LED screens cover about 50 square metres, along the length of the walls on three sides, and it takes a bit of rubbernecking to catch everything that’s going on. Once the music settles in though, so does the audience, and rather than looking at the scenery, it becomes part of the immersive experience. Simon Kither’s visuals can be quite mesmerising, and some of the ground level shots are just stunning.

The six-song EP, Live on the Heysen reflects different locations along the trail, and Roberts explains these as we go along. The songs don’t necessarily reference bucolic vistas - Southern State finds Roberts reflecting on his youth and his decision to leave home state Tasmania – and additional songs such as Compressed expresses the feelings and frustrations of living through the COVID-19 experience.

Alice and Matt Barker, providing backing vocals, are an integral part of this performance. With just one ukulele the sound can be a little sparse. This is not to say that it gets lost; Roberts uses his instrument brilliantly, is a great picker and has developed some really interesting arrangements. But it is when the Barkers add their soaring harmonies that the songs really come to life. Many build up to anthemic choruses, bringing a forceful character to some otherwise quite pensive songs. And for my money, Spiders took best in show.

For anyone who thinks that embarrassingly poor renditions of April Sun in Cuba is indicative of what you can do with a ukulele, enlighten yourself. Ben Roberts aka Ukulele Death Squad, will show you the way.

Where: The Lab, West Village