How Not To Make It In America 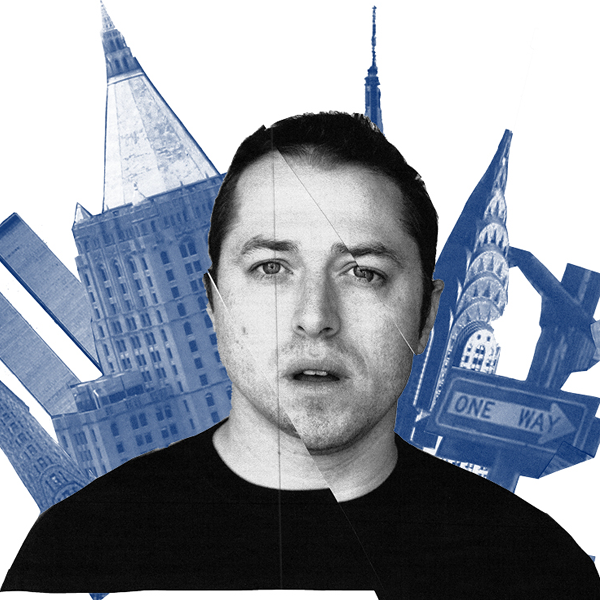 I was listening to RN Breakfast in early 1999. Anthony LaPaglia had just won the Tony best actor award for his Eddy in Arthur Miller’s A View From The Bridge. Fran Kelly asked what it was like to have instant stardom, and he said, “Are you kidding? I’ve been in New York pounding shoe leather since the early ‘80s! And it was bloody tough trying to crack it, I’ll tell’ya!”

How Not To Make It In America is based on Adelaidean playwright Emily Steel’s very own experience trying to crack it. She didn’t crack it (“happier here with you guys,” she says) but she has written a cracker one-person one-hour play on the trials and tribulations of Big Apple survival in the toughest show business in the world, and tells her tale through her character, the hapless Matt. James Smith’s Matt is a marvel of theatrical engineering and engagement. Steel chops up time and space and Smith surpasses the challenge of turning 28 characters into meaty chunks of New York personae – the casting directors, the guys at the DVD shop, the street food vendors, the crappy drug-hazed housemates who offer him a couch for US$80 a week. Within this narrative complexity that has one guessing what’s next or even what is, director Corey McMahon, Steele and Smith put you on the streets of NY – you can smell hot dogs and B.O. and simultaneously marvel at Smith’s virtuosity with accents and emotion. Bravo! Smith’s Matt is such a sweet guy, so normal yet so driven and desperate, you want to reach out, give him a hug, and then slap him to say, “STOP!” Former international shoestring travelers, low on dough making a phone card call to Oz to say you’re OK when you’re not, may get weak kneed with familiarity.

Meg Wilson’s set is a deliciously disorientating three-dimensional kinetic kaleidoscope of Chris Petridis’s abstracted images of New York. Sometimes Matt is in front of the curve, sometimes he is engulfed by it. You may not realise the subtle emotional manipulation of Jason Sweeney’s compositions and soundscape until they turn it off, a signature of superior enhancement.

This all-Adelaide creative team lead by director Corey McMahon has manifested a highly entertaining and poignant insight into a young person’s dream, and you are right in there with him, trying to make it before it breaks you.

Be numbered amongst the first by seeing this world premiere. No doubt it will be performed in many languages around the world for years to come - while we all have the dream, we don’t all take the risk, and that’s what we love about Matt (and Emily, too!) Bravo!