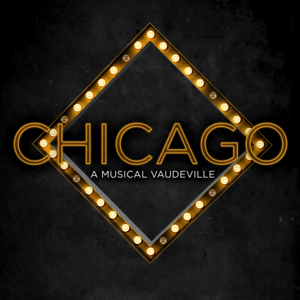 Never underestimate the showbiz acumen of the out-of-towners.  Yet again a fabulous show pops up under lights in the Victor Harbor Town Hall, this one not only showcasing some shining stage talent but also a seriously promising young director, one Jonathan Ogilvie.

For this beloved musical, he has drawn together a huge ensemble of experienced performers in musicals, many of them teachers, dancers, and tertiary students of the performing arts. Hence, there is no weak link, lest it be the limitations of the dear old Town Hall itself, something promised to be remedied in the one-day-maybe plan for a Victor Harbor Arts Complex.

True theatre troupers just get on with things - to which end, Ogilvie has tiered an excellent band of musicians over the top of the stage and assembled a classy chorus of press characters at cabaret tables around the stage’s catwalk with further vaudevillians onstage. No inch of space is wasted.

It is a vast cast of singers and scantily-clad dancers and it is clear that, despite the stringent masking rules which must have dominated through rehearsals, Ogilvie has worked this cast into ensemble quality. Everyone is cue-ready, in tune, facially expressive, word perfect and, blow me down, spot-on with American accents.

Perchance, one of Ogilvie’s secrets is collaboration. One notes from the impressive glossy program that, while he is director and designer, there are no less than three musical directors acknowledged as well as a choreographer and an assistant director.

While Ally Miller, in the principal role of Roxie, is an accomplished song-and-dance performer, alongside her as the fellow Chicago murderer Velma Kelly is young Shannen Beckett, an emerging talent and a specialist dancer with an extremely agreeable singing voice.  Both performers deliver their prison inmate characters with verve, focus, and agility. Beckett, particularly, has some of the toughest dance challenges in the history of musicals as Velma and she braves them with panache.

Meanwhile, there’s the coveted male role of the sleazy, charming lawyer, Billy Flynn. Jon Grear strides down the theatre aisle, throws his mandatory mask to one side as he steps onto the stage and then, effortlessly, takes charge - just as his character is meant to do. Grear is no stranger to these audiences and they, rightly, love him. His voice is easy on the ear. His character nous is astute. If there is one comment a persnickety critic might make, it is that he could do with more eye makeup.

Perhaps also so of Chris Stevenson, a particularly gifted performer whose face is hidden behind a massive fuzzy beard. Oh, dear.  He plays Roxie’s hapless husband, Amos, the man who sings that most poignant of all musicals' songs, Mister Cellophane. It is one of the treats of the production albeit he restrains his power throughout the storyline, to become a character so pitiable that the audience is sighing and moaning for him.

Georgia Martin embodies Mama, the prison matron. She is smooth, cool, commanding and possessed of a beautiful voice.  Kiara Wiese is cast in the other featured part of Mary Sunshine. Once this was a drag role, now it is represented as a quaint female character which, with a powerful soprano range and lovely stage presence, is delivered by Kiara Wiese.

Chicago, with its book by Fred Ebb ad Bob Fosse, music by John Kander, and Lyrics by Fred Ebb, is not a short show. It only seems so, since it is rich with so many fabulous songs, such wild and sensual choreography, and such a ridiculously scandalous storyline.  It enthrals and engrosses when, as here, it is well done.

Perhaps one could argue for some more oomph in the intros to a few solo numbers. Perhaps one could jog the lighting tech to enliven a slowish cue.  Or, perhaps one’s attention has been so diverted by the energy and spirited commitment of the classy ensemble that flaws are rendered unobtrusive

All one can say, in the end of the salty-air Victor Harbor day, is that this Chicago production is worth the drive. If only there were tickets left to buy at the end of it.

Maybe it calls for a Fringe revival for the city audience.