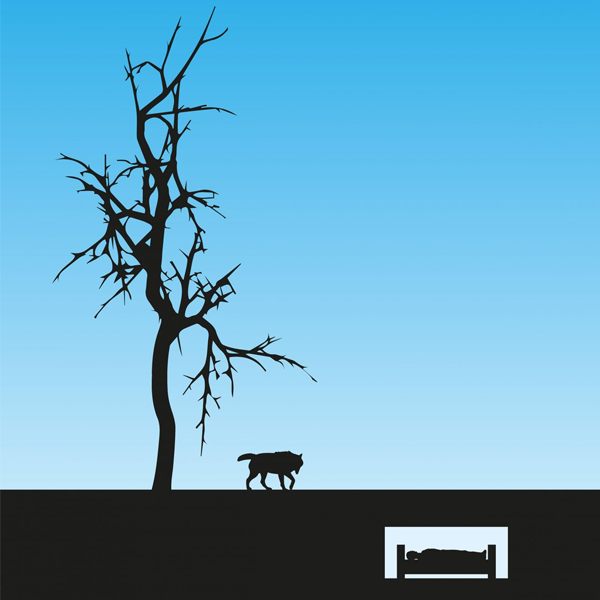 Does art imitate life? Often enough it seems to do precisely that, and in Finegan Kruckemeyer’s Hibernation no sooner had he begun fleshing out an idea on how to deal with earth’s climate crisis than along came Covid-19 to indicate a way our species might tackle what seemed to him to be an existential crisis.

As a proponent of human triumph and supporter of the human spirit, I wanted Hibernation to be so much better than it was. Which is to damn with faint praise since Kruckemeyer’s latest offering is not poor, it’s just unpolished. As a play it feels unfinished; some of its strengths and weaknesses are unbalanced, some scenes too long, some over-emphasised in the scheme of things.

A thoughtful play about the way we humans are bringing about climate change, extinction, and our own destruction is never going to be easy going. In Hibernation the human race contemplates escaping our dying earth; politician Warwick Joyce (Mark Saturno) is presented with a radical plan which instead emphasises allowing the world to begin healing itself by means of an imposed hibernation, stalling all human activity for 12 months. He endorses the plan and its proponent, Emily (played by an animated Ansuya Nathan) is left embittered and uncredited.

Jonathon Oxlade’s sparse and futuristic stage design works exceptionally well as a blank canvas for the action to unfold, augmented by Video Designer Matt Byrne. His pastiches inform every scene as visual bookends. Gradually the stage itself becomes more cluttered, a metaphor perhaps for an idea increasingly difficult to sustain. Yet to my mind the hero of this production is the stirring composition of Sound Designer Andrew Howard. It is demanding and intrusive, but not overwhelming. It is contemporary and fresh, but quite recognizable in homage to a composer such as Copland.

Act 2 sees a local aspect as Adelaideans Pete and Maggie (James Smith and Elizabeth Hay) discover they cannot hibernate as a result of their medical conditions. Finding each other, they roam the city which sleeps, and in one very long scene it becomes clear that this is a story of hubris and of plans gone awry. It also illustrates a lack of poise or balance in the play overall. Nearly all of the actors (there being ten in all) are given long scenes to explore their thoughts, either by soliloquy or monologue. None are more extraordinary than that of Cassandra Flores (Rosalba Clemente) who delivers an impassioned piece from the foot of the stage… “We might breathe again without breathing” is her overwrought legacy, though I still don’t quite know why it was included.

I look forward to the development of this production; it is rich fare, both in intellect and in performance. Hibernation is a powerful new piece of work which is timely and very much of its time, and presented in grand style by State Theatre.