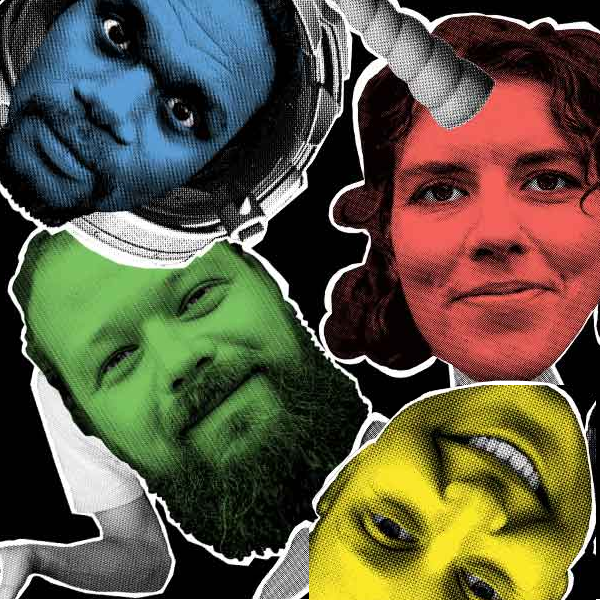 No-one really likes being Pollyanna and blathering on about silver linings in the time of Covid but sometimes you just have to. Take the remarkable acrobatic circus company, Gravity and other Myths (GOM). In 2020, like most arts companies, they were unable to tour, so spent the time working on the magnificent The Pulse which premiered at the Adelaide Festival of Arts earlier this year to great critical acclaim.

Geoff Cobham, Artistic Director of Patch Theatre, was the designer of that show, and has worked with Creative Director Darcy Grant on previous productions for GOM. This time, Grant came to Patch, with both companies being state bound by various restrictions, lockdowns etc.

The result of the collaborations is I Wish…, a phantasmic exploration of what it is to be, well, us.

As the audience walks into the Space, portal lights flash, allocating one of four colours to each person entering, with each person receiving a small, silhouetted figure of that colour. For the record, in our group the two adults were blue, two short people were red and two were green. No yellows!

Geoff Cobham’s magic begins immediately, with colours flashing, grabbing young attention immediately. What’s happening? Four people wander into the space; one red, one blue, one green, one yellow. Oh yeah! As their robotic movements begin, the young audience is at first unsure, then smiling, then very quickly laughing. The four show their interconnectedness with wacky dance and acrobatics; as each does their own thing, it affects the next person, and then the next. It’s a salient lesson in how the individual influences the whole.

The backdrop becomes a reflective screen, then a digital screen, as all the while Cobham’s lighting design pulses with the original beats from composer Luke Smiles. Onstage, Lisa Goldsworthy and Simon McClure (from GOM) and dancers Zoë Dunwoodie (ex Australian Dance Theatre) and Wakara Gondarra (Djuki Mala) keep it all moving, keeping the kids in the action as they’re invited to ‘throw their colour’; the red, the blue, the yellow and green hit the light sticks with unerring timing as the delighted children contribute to the show.

This generation of audience are digital natives, so the use of screens is second nature to them. But the quirky animation designs of Luku Kuku had everyone delighted as the performers appeared to change heads and torso as the screens moved down their bodies. Think Salvador Dali channelling Terry Gilliam and you’re still not there. Fantastic work!

And the title of the show? We’re back to fantasy as each cast member has ‘I wish’ turns, using the omnipresent light sabres as props. I wish I was a unicorn; I wish I could fly; I wish I was a fork lift! And no kids show is complete without a fart joke; I Wish… did not disappoint, much to the delight of the green supporters! That’s our man!

What a wonderful collaboration this is. Colourful, physical, funny yet thought provoking and providing an experience for a wide range of ages (including adults!). This production will tour to the regions after its run at the Space, and hopefully, nothing stops it from getting there. Which brings us back to Covid and the silver lining. Pollyanna much?