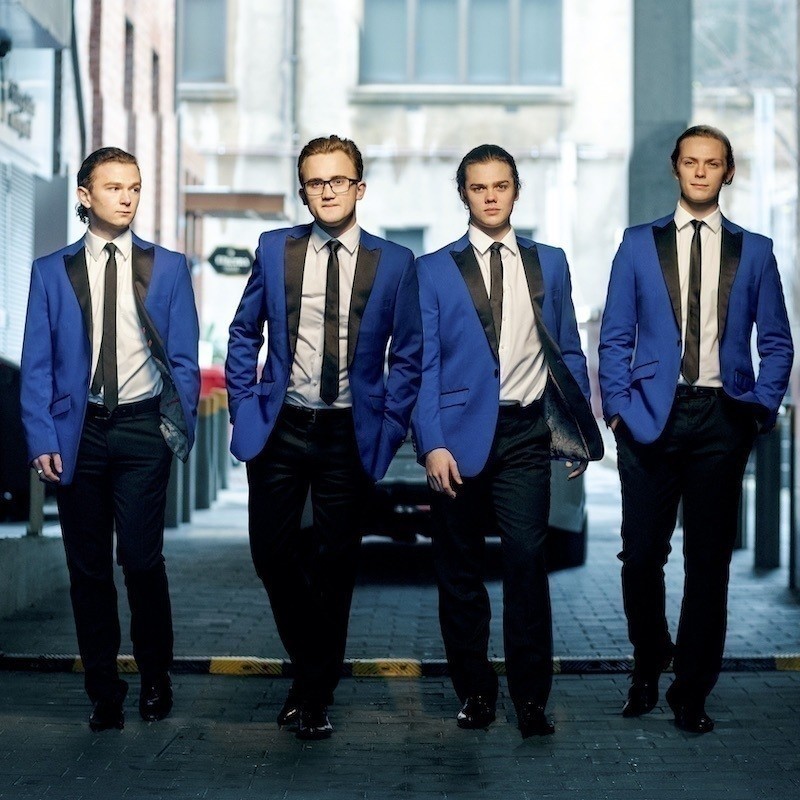 The 60 Four is fuelled by old-school pop music - The Four Seasons, the Beach Boys, The Supremes, The Beatles, Elvis, the BeeGees…

From their beginnings as an instant-hit schoolboy group, they’ve grown to be a peerless super-sound foursome with the ability to pack out large venues. So popular are they that audiences arrive hours early to bag the best seats.

So it is a super-packed Norwood Concert Hall on Saturday night with covid marshals working like crazy to ensure the seating and dancing rules are properly respected.

And, while the hits may be Boomer era, truth is that the 60s era music is so good that nothing can make it die. They just don’t do tunes like this anymore. So don’t expect an oldies audience. It’s a cross-generational thing.

Furthermore, back in the 60s, no one could or did perform this material with the sort of energy and panache that the 60 Four turns on. They are not just singers. These boys are all serious theatre entertainers performing non-stop high-energy and sophisticated dance moves. The choreography is worth an award in its own right.  And the synchronicity of the performers is impeccable. Their energy seems inexhaustible and their fitness is breathtaking. Footballers are pussycats by comparison.

There’s not a moment of dead air in the two-hour show. With the nine-piece band on full throttle, they charge from one song into another, from one seemingly exhausting dance routine into another.  With the help of some careful stage smoke, the lighting thrills with the music as moving shafts of colours.  The boys keep their patter to a minimum. But they do introduce themselves - Ben Francis, who is the mover and shaker leader of the pack, Kyle Hall, who is the dance moves genius, with Lachlan Williams and Jack Conroy completing this talent team perfect.

While Francis's superb falsetto range has been a key ingredient of the Four’s success, it is the spirit of the Four and their clearly diligent discipline which attracts admiration. No one can turn on this sort of professionalism without hard work and much consideration. For instance, the arrangements are their own. They are not a mere “tribute” group. They are a fantastic musical powerhouse in their own right - vividly versatile and masses of foot-stomping good fun. They just make an audience feel uplifted. They make the world a happier place. Even in a pandemic.

Hence, with the areas fastidiously marked out in covid quotas, their audience dances in front of the stage. Post interval, the Four really turn on the dance numbers, and the Twist is born again, and again, and again.

The sound is amped up after interval, which is not really necessary. The place is already rocking.

Quite a few songs bring the roof down. . Williams does a wow version of Tom Jones' It’s Not Unusual.  Francis simply rips into Johnny O’Keefe’s Shout. Even J’OK would be blown away.

It is just a bravo, bravo show, boys.