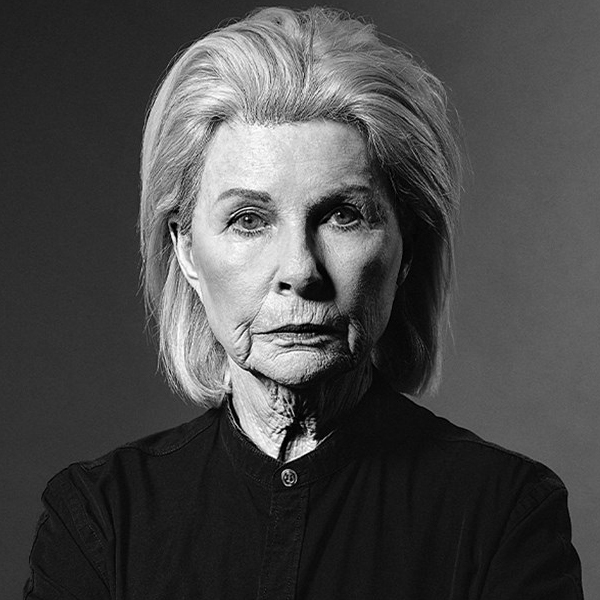 The great Sir Alec Guinness used to say that the secret to good acting was posture, capturing the gait of a character.

This observation springs to mind as Robyn Nevin shuffles onto the set in A German Life. Her body seems loose and lived-in.  Her shoulders droop under years of sunless retirement. Her footfall is uncertain. Every movement is slow and meticulous, glasses on and glasses off, to focus on the chores of pouring water into a plastic cup, or making a cup of tea.

This German woman inhabits a bland but impeccably neat room in an aged-care home.  Even the pictures on the wall are small and understated. But it is a safe place where an old woman can stay in her room and roam around in her past.

Brunhilde Polsen’s memories, recorded when she was 102 and written for the stage as a monologue by Christopher Hampton, are of an unremarkable girl who rose through her diligence with shorthand and typing to become part of the Nazi party’s inner sanctum as Goebbels’ secretary. Her pre-war Germany was peopled with Jews and her narration carefully traces the way in which these very nice people kept disappearing, not that she ever really knew what was happening to them. She knew nothing. She was just a secretary. She just typed for people. But she was there as Hitler rose to power and Nazism swept the country. Changes were going on. Perhaps she was just too stupid to clue up. She sat next to Goebbels at a dinner party, but she did not speak with him. She was part of the propaganda department and she picked up on its lies. But she just did her job. She had not chosen it. She had a Nazi boyfriend, but he never tried to convert her. She was an unimportant female, not expected to be interested in politics.

And so the account goes on, the actress delivering it in a guttural voice with the rhythmic intonations of a German accent. She is never passionate or hurried. She is often hesitant, searching for a word, losing track of what she is saying; all those mannerisms which afflict us in latter years. She admits that while she is forgetful about what she ate yesterday, there are many things from the deeper past she can never forget.

But the memory is selective and lies so easily become truths. She does not say so, but it is implicit in the Hampton script. She is a member of the crowd of Germans who were “just doing their job” in Nazi Germany. And Nevin, always a cool-headed actress, does not try to make the character likeable. She is what she was - a passive witness.

Brunhilde’s conclusion is that she cannot see such a phenomenon ever happening again. “Stupid people follow false leaders”. People are not so gullible now, she says. “People wouldn’t fall for it.” And, of course, the audience laughs nervously at the huge irony implicit in those words.

This Festival theatre centrepiece has been directed by the Festival’s co-artistic director, Neil Armfield with a keen eye on the ambivalence of retrospection and the fact that in this moment of history, its theme has new relevance. There is a compassionate insight, also, on how tiny is the world of aged-care residents, how repetitive are their dreary tasks. He does not allow colour to enter Brunhilde’s world and, indeed, the musical integration by cellist Catherine Finniss adds to the dourness of it all, the end-of-life woman alone with her recollections.  Dale Ferguson’s set completes it all. It is a melancholy statement on the bleak nature of aged care accommodation, although with tall windows and long gauze drapes it looks brighter and airier than most. This is a design deceit since those white areas become screens for the projection of grim Nazi war newsreels which underscore the play’s theme.

It is not fun. It is not uplifting. It offers neither regret nor hope. Instead, in all its sleek and artful dramatic professionalism, it delivers us a meditation on whether the world will ever learn from history.