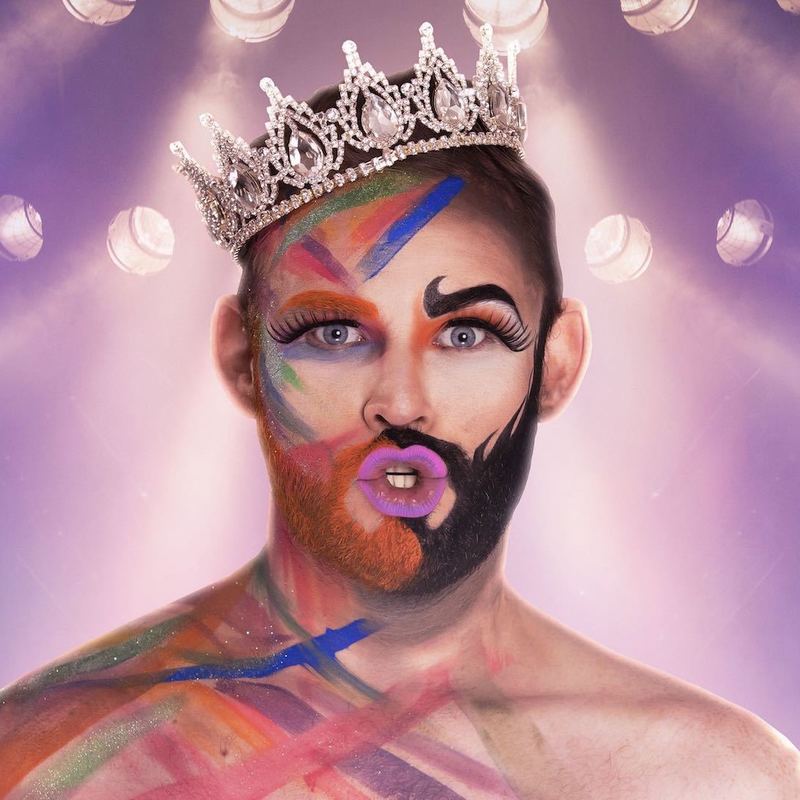 Jason Chasland aka Leather Lungs is larger than life, and his voice is even bigger than that! The lungs and larynx that powers his amazing voice are surely the envy of any drag queen. No lip syncing from this queen – it’s all his own – but there is the obligatory garishly outrageous costume replete with decorated black corset and boots, fishnets, outrageous wig, and even more outrageous makeup. Chasland is the full deal and a half!

Yas Queen! is almost a juke box musical comprising iconic songs that Chasland sings as a libretto to his own life’s story. In his own words, the songs “…are the soundtrack of my life.”

Chasland sings Aretha Franklin, Cher, Prince, Presley, Freddie Mercury and more, but not enough. His performance of Can’t Help Falling in Love channelled Presley and is a crowd favourite. Chasland doesn’t only sing the songs, he acts them out, and with a mischievous twist that exposes innuendo in the lyrics that you never thought was there.

Throughout the show, Chasland reveals some intensely personal things that have recently happened to him, and this adds a new dimension to the show that hasn’t been a key feature of his previous productions. There is almost melancholia, but it is always short lived as Chasland launches into his next outrageously funny remark underscored by athletic and oh-so-high camp choreography.

Where: The Parlour at Gluttony