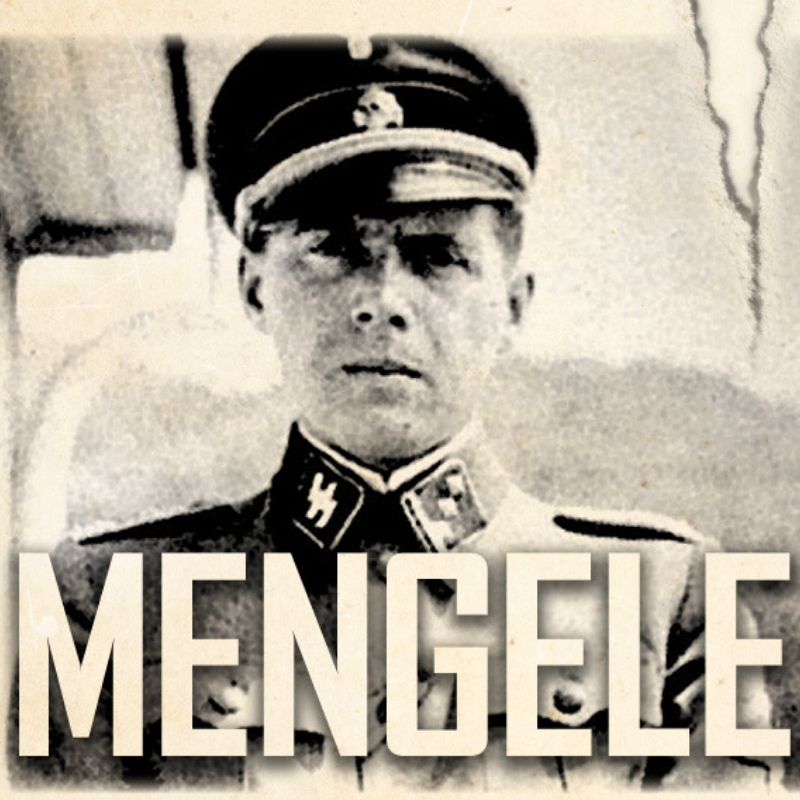 There are many individuals from WWII who are reviled, but perhaps none more so than Dr Josef Mengele, a Nazi SS officer and physician who was also known as the Angel of Death. He is remembered for the monstrous and barbaric experiments he performed on prisoners in the Auschwitz concentration camp that inevitably led to horrific deaths or permanent maiming. In 1949 he fled to Argentina, and then to Paraguay and finally to Brazil. Despite international efforts, he evaded capture for thirty years. He died in 1979 after drowning after suffering a stroke while swimming at a beach. He was buried under a false name but his remains were forensically examined in 1985 and positively identified.

Mengele is set on a beach in Brazil, presumably the one at which Mengele actually died. The lights gradually come up on a figure of a man who has dragged himself from the waves. He is choking and spluttering and he notices the figure of a young woman whom he believes has rescued him. She deflects his thanks and his efforts to find out more about her. Instead, she skilfully probes him with questions and inveigles him to reveal both his identity and the vile philosophies he espouses.

He is Mengele, and she, as we subsequently learn, is Azra'il, the Jewish Angel of Death. He is erratic in responding to her questioning: he is outraged with any suggestion that what he did at Auschwitz was anything but him lawfully following orders that were ultimately for the benefit of humanity. He rationalises, justifies, and quotes philosophers that are clearly supportive of the decisions he took.

Tim Marriott plays Mengele, and he does so with unrelenting passion. He is exhausting to watch and it is emotionally draining to consider and process the text that he delivers almost with righteousness. His performance is underscored by archival footage, taken during WWII at Auschwitz, projected onto a screen at the rear of the stage.

Stefanie Rossi plays Azra'il with the requisite mystery, detachment and simmering dominance. At the climax of the play, when Azra'il well and truly has the upper hand, she uses her other worldly powers to cause Mengele to contort and scream in pain, as if she is scourging him. It is vivid and audience members grimace in sync. Marriott and Rossi combine beautifully with choreographed precision to pull this off.

This is not an easy play to watch. At times it feels as if it is overwritten and strays towards becoming ‘preachy’. Although Mengele is historical, it is also a lesson about the present and the future. If left unchecked, will those with ultra-extreme views wreak havoc with the moral fibre of societies? Of course they can, if they are allowed to, and therein lies the real message: humanity needs to remain ever vigilant, and must never forget what has happened in the past. But should we forgive?