Black is the New White 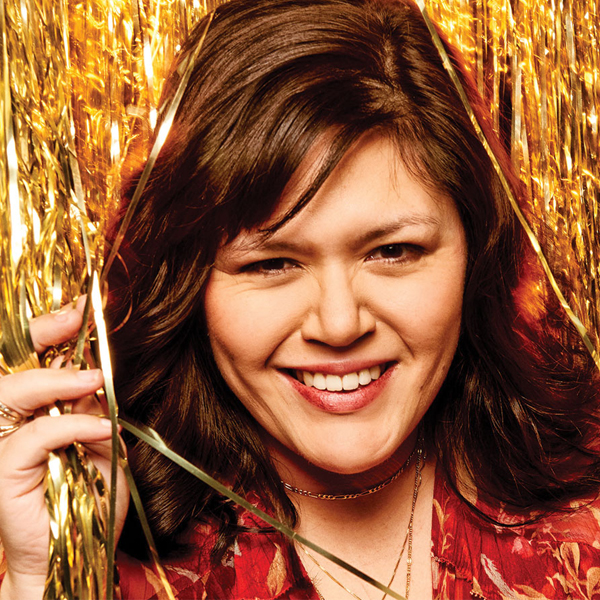 Yes, Black is the New White on the Australian stage and playwright Nakkiah Lui is the new creative superstar who has leapt upon the zeitgeist of Australia’s cultural melange, thrown its most serious and divisive issues and impasses skywards and brought them down in a gale of outrageous humour.

The name David Williamson whizzes through the mind alongside a sense of the exuberance of Bran Nue Dae and the poignant eloquence of Secret River and, oh, the blithe spirit of Top End Wedding and the best of smart satirical writing and the unresolved status of the first custodians of this land and, OMG, dare we be creased up in laughter at a barrage of racist jokes?

A healthy culture is one which can laugh at itself. Lui has mainlined Australia with an injection of “now” in a play which parodies the Aboriginal middle class, affluent career-driven celebrities, and their views on race and intermarriage.  Here, a successful Aboriginal solicitor brings her new boyfriend home for Christmas with her family. The family holiday house is a schmick, modern McMansion with a Lloyd Wright-esque feature window framing a handsome mountainside rock face. Her dad is a renowned Aboriginal politician and her successful fashion designer sister is married to an Aboriginal sporting hero. They are black, beautiful and preening with black pride. And, Look Who’s Coming to Dinner? The boyfriend is white.

Cleverly, Lui lifts the action from conventional narrative to zany fun and folly by adding the outsider perspective of a Puck-like narrator in the pleasant form of Play School’s Luke Carroll. He not only offers occasional commentary but also leads the audience into raucous participation.

In other words, this show has everything - and then some. It has curves and bends and seemingly endless surprises.

The unemployed musician boyfriend’s parents are clichés of the bourgeois Right bringing racist debate to new peaks of absurdity, adorned by bursts of wild and impeccably-timed physical comedy.

Running ever-present beneath all the fun and games is the core seriousness of the racial mores, politics, and human misunderstandings. There are two sides in this black and white comedy.

And it is not all black and white. There’s gender diversity, feminism, patriarchy, manners, family power games and, oh, yes, love. Lots of love.

All of this overload of topicality, even with its “OK Boomer” snipe, is borne on the skills of a magnificent, versatile, exquisitely-cast troupe of actors, many originating from WA. One falls in love with all of them. Not for nothing is Miranda Tapsell the new darling of Australian stage and screen. She’s a captivating gem of comedic talent. But while Tapsell’s young lawyer character is catalyst to the tale, it is Melodie Reynolds-Diarra as her mother who delivers the powerful feminine heart of the play. It’s a mighty, moving performance. Tony Briggs oozes star quality as the Aboriginal politician dad while Geoff Morrell seems to revel in taking the mickey out of the ugly Australian. It’s an over-the-top and, in the end, endearing characterisation. Tuuli Narkle is the essence of facile glamour as the fashionista sister and Anthony Taufa deliriously funny as the sports star who has found Jesus. Yes, it’s all in there, including the hapless romantic hero, played like a symphony of gawky long legged clowning by Tom Stokes contrasting with Vanessa Dowling as his mum, consummate in her clever underplay to deliver the downtrodden wife of the blustering polly. But is this the full nature of the characters as herein described? No. And you don’t see it coming. They all have other sides and each one gets a big moment in the sun delivering issues of the day in this exhaustingly busy play.

The Renee Mulder set is superb. The Ben Hughes lighting is right on the mark. The Steve Toulmin sound adds a feel-good commentary of its own. And Paige Rattray’s direction makes it fast, bright, and madcap with an edge of physical danger. The spirit of the production is infectious. The cast is having fun with the work. It is a seriously silly romp.

And the first night audience did not stand to ovation. It leapt as one!  It knew a hit when it saw one.