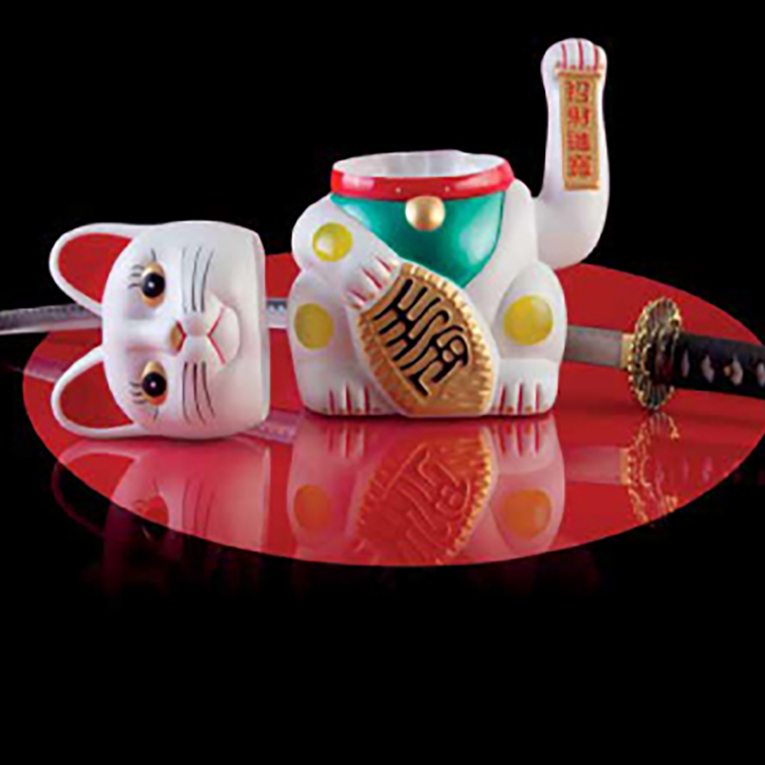 At their very essence, the operettas of Gilbert and Sullivan were about mercilessly parodying the society for which they were written, and their ongoing success very much depends on the libretto being updated so that a contemporary audience can relate to it.  The text of the current production of The Mikado by the State Opera of South Australia, which had its first outing in 2011 in Queensland, does just that, and the diverse audience that included nine year olds to nonagenarians, was in stitches of laughter throughout.

But the humour didn’t just lie in the updated and oh-so-witty text that was riddled with cutting references to the foibles of modern society, it was also due to the costuming, the stagecraft of many of the cast, the clever setting, and the razor sharp diction of the singers that expertly navigated the unforgiving technical hurdles of a score that’s riddled with tricky rhythms and tempos.

Under the tight direction of conductor Simon Kenway, a pared down Adelaide Symphony Orchestra - comprising less than twenty musicians - provided a perfect toe-tapping accompaniment.  Kenway generally took a moderate pace, which the soloists found comfortable, but occasionally eased the reins such as in the ever popular Three Little Maids From School Are We.  Artistic Director Stuart Maunder might have occasionally insisted on a brighter pace, complemented by more animated choreography from Siohbhan Ginty, because the production lagged a little at times, as if it were trying to become grand opera - in which it is mostly about the quality of the singing - when it is not.

Such reservations are minor when one considers the quality of the principals and the chorus.  The singing was of a very high quality, with standouts across the board.  Pelham Andrews was excellent as the Mikado and his brief forays into ‘high camp’ were greeted with delight from the audience.   His booming but warm baritone voice suited the role, and his costuming added to his imperious stature.  More exaggeration in other characters would have been welcome.   Elizabeth Campbell played Katisha with controlled absurdity and used her Dame Edna-esque spectacles to great effect.  Amelia Berry was the perfect Yum-Yum.  Her gorgeous soprano voice cut sweetly through the syrupy text and her coquettishness had the heart of every young man in the audience ‘all a flutter’.  Dominic Walsh sang and acted a perfect Nanki Poo.

The crowning glory of the cast was Byron Coll in the pivotal role of Ko-Ko.  Above everything else he is a consummate actor with honed comic timing, expressive gesture, and the ability to switch on athletic and sometimes improvised physical humour at will.  He also sings very well.

The production is very well designed by Simone Roamaniuk, with an inventive and flexible set expertly moved around the stage by the cast to create different acting spaces.  Dramatic and colourful fly-ins add to the spectacle.  Donn Byrnes’ lighting design is inspired, and uses a rich palette of colours that invokes cherry blossom and the sometimes garish spectacle of contemporary pop culture of Japan.  (Think ‘Hello Kitty’.)

The State Opera have a rollicking success on their hands in The Mikado.  It plays at the Festival Theatre until Saturday 23 November.