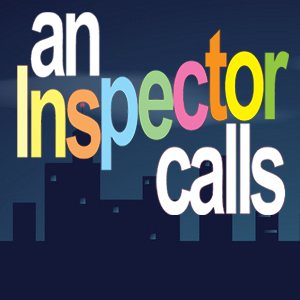 One has to love Therry for keeping alive the quirky traditionalism of J.B. Priestly.

An Inspector Calls is still something of a drawcard for the older audience demographic and it is a very good vehicle for a younger brood of actors. It is a famously lateral piece of police-investigation theatre, a 70-year-old breakaway from conventional whodunnits with a strong socialist edge. It is a morality play laced with interrogation and guilt.

Angela Short has directed this production in an appropriately proper, upper-crust British spirit.  The Birlings are smugly affluent and upwardly mobile thanks to the ruthless underpayment of workers in their factory. They are celebrating the engagement of their daughter to a very nice chap whose parents might see the Birlings as a bit lower on the social scale.  The play opens with the Birling family exquisitely dressed for their party.  The champagne is flowing along with the booming braggadocio of the father, Arthur.

Don Oswald’s set design features some very tasteful antique furniture but incorporates an extremely heavy-handed piece of symbolism in the form of gaping black chasms and cracks in the walls of the house.

In all, however, it is a very solid production.

The cast uniformly is accomplished, each at home in their characters.  Lani Gerbi, in particular, shines as the strong-willed and open-minded daughter, Sheila. Matthew Chapman complements very nicely as her suitor, Gerald Croft while Dylan O’Donnell gives a persuasive performance as the Birling's dissolute young son Eric. He’s particularly on-the-ball when he has an emotional rant mimicking his father who, forcefully played by Patrick Clements, has an exceptionally gravelly delivery. Meanwhile, Rebecca Kemp is elegantly restrained and self-satisfied as the mother, Sybil. The Inspector is embodied by Mark Drury and oh, how sonorous and portentous he is.

There is some strange stage direction from Short, sometimes just too arch and stylised. There is an odd, brief blackout in the first act. But, in all, it is grand old play well put together and well worth seeing.