A Bunch Of Amateurs 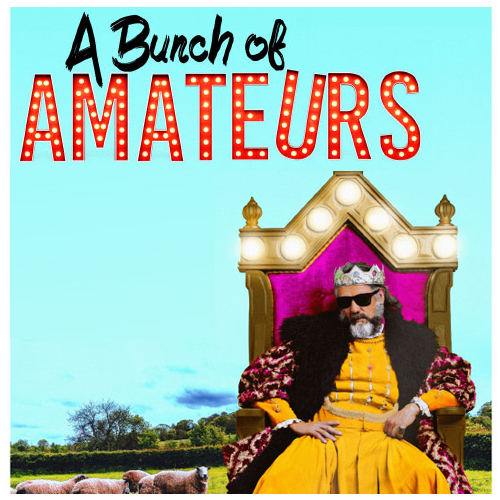 A-grade on his way to C-grade Hollywood action star Jefferson Steele is advised by his agent to arrest the skid with a working retreat in England. He is resigned but ready to tackle King Lear with the Royal Shakespeare Company in Stratford-upon-Avon – Kenneth Branagh and Judi Dench in tow. But there are many Stratfords in Britain, and – shock horror - his engagement is instead with the amateurs of the Stratford Players of Suffolk who have hired the star to save their theatre from demise.

British writers Ian Hislop and Nick Newman teamed up to write the movie in 2008. Burt Reynolds was miscast as Steele and the film flopped. They resurrected the script as a play in 2014 and wrote in some of Burt’s barbs from the production of the movie – a case of art imitating life imitating art. It’s a fish-out-of-water idea and the playwrights beautifully and repeatedly juxtapose American and British values, amateur and professional ethos, and British and American acting styles – the latter echoed in the play by quoting the apocryphal exchange between the classically trained British Olivier and the American method actor Dustin Hoffman where Laurence says, “Why don’t you just try acting?” The play weaves a windy road of humorous plot intrigue to ensure the unsurprising softening up of the brittle Steele isn’t straightforward. And throws in snippets of King Lear which reflect the drama in the rehearsal room.

There couldn’t be a finer bunch of amateurs than the Red Phoenix theatre company to stage this charming British comedy. One doesn’t think director Michael Eustice would have considered anyone other than his talented brother, Brant Eustice, as Steele. Brant employs the typically growly low tones of the American voiceover artist with the cadence and menace of Jack Nicholson to augment and enhance the delicious sarcasm of the stereotype delivered by Hislop and Newman. Bravo! The writers also capture the intrigue, pettiness, hopes and desires of small town English am-dram with considerable empathy, and the performances all rise equally to the occasion. Everyone shines, but it's Petra Schulenburg, in her key role of the director of the Lear and the main ego masseur of Steele, who simply oozes the constancy, confidence and charm of her character throughout the show. Lindsay Dunn, Tracey Walker and Derek Crawford all have star turns and Michael Eustice most successfully assigns to them larger-than-life and expressive personae.

Michael Eustice also sprinkles around the theatrical magic with gimmicks, special effects, props and designs that appear simple in execution but are actually quite challenging; lovely and surprising to see. Kate Prescott’s set is a wonder in function and presentation, and Richard Parkhill’s lighting adds focus, especially during the Lear scenes. Costumes (no credit) would not have been easy work and Nicholas Ely, as always, creates intriguing poster images that fetch the audience.

First night looked technically perfect and the outstanding performances will continue to jell together. Another Adelaide premiere success for Red Phoenix, and a very funny one, too.