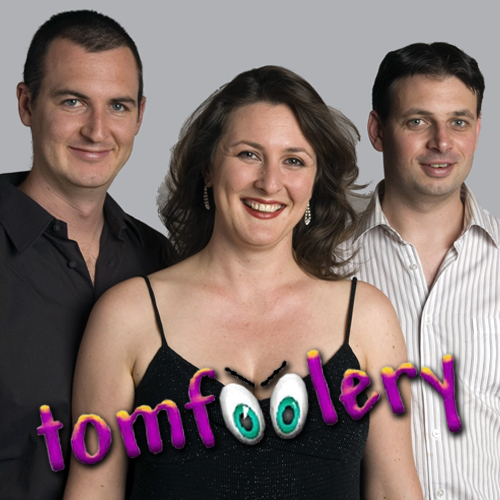 No, Tom Lehrer is not dead.  He is 90 years old and living in California while his 37 satirical songs are living all over the enlightened world, particularly in Adelaide right now where Loaded Productions has revived the Tom Foolery revue to sate the eternal hunger of avid Lehrer fans old and new. The thing is, mathematician Lehrer’s wickedly funny lyrics still resonate more than half a century since many of them were penned. Controversially, five of the songs were banned when Lehrer first came to the prudish Adelaide of 1960. That would not happen now but the two Loaded performers who happen also to be cabaret teachers report that many of the lyrics have a whole new shock factor among the current young generation. They are too far “out there”, too politically incorrect for today’s culturally sensitive young.

The scary thing is that the songs and their sentiments really have not aged. Oh yes, there are a couple more elements “discarvered" than Lehrer knew back then at Harvard but pollution and politics are still with us.

The Loaded team has thrown in some local references to sharpen the satiric barb here and there and it shares out the singing load with harmonies and comic interactions. Most importantly, director Nicholas Cannon has honoured the show’s original direction and choreography by the late and much-loved Michael Fuller, to whom the production is dedicated. And, indeed, watching Hew Parham sometimes feels almost like watching Fuller himself. Parham is a lovely mover. And, like his peers onstage, he knows plenty about singing and comic timing. Sean Weatherly adds the impish quality to the trio. He can’t seem to lose that adorable quality and that glint of mischief in the eye. It works like magic in the Lehrer show. And, of course, there is Catherine Campbell, not only hitting the high notes but cracking up the crowd with the comic shtick. In bright red dress, bottle in hand, her version of the Irish Ballad, many recall as the Rickety-tickety-tin song, is a glorious, booze-sodden epic.  Parham gives a deliciously delicate charm to the Old Dope Peddler and Sean leaves the audience breathless with his tongue-twisting finesse with The Elements and then again with the arithmetic acrobatics of New Math.

With slick sound and lighting from Bob Weatherly, the show is played with three red stools for the singers and a big black piano from which Mark Sandon brilliantly lays out that other wonderful Lehrer touch, a wild and lively musical foundation. He’s a champion performance in himself.

And is an old hit eminently hit-worthy yet again.