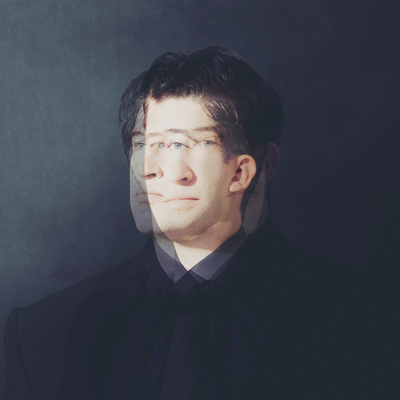 Max Riebel is a rare bird indeed. He is a classically trained countertenor who is equally at home singing Judy Garland as he is with Henry Purcell and JS Bach!

The Great Pretender is his current show playing out of The German Club for a limited three night season, and its name is styled after the popular song of the same name popularised by The Platters in 1955. But there’s more to the title of the show – it is also about Riebel being chameleon like and holding the countertenor up to any mirror. A singer for all seasons if you will.

Riebel is at home signing from almost any genre. The hour-long performance includes a mix of songs from the baroque era through to contemporary, as well as several baroque pieces played by classical guitarist Ziggy Johnston, who is just superb.

The show has a decidedly melancholy feel to it: the song selection certainly displays Riebel’s vocal agility and musicality, but they are mostly sad and reflective songs, which in turn renders Riebel’s patter somewhat down-beat apart from some off-beat self-deprecating quips that have the audience giggling with delight.

However, the moderately sized audience are there because they knew what they are in for, and they get it – a stunning display of the art of the countertenor, but turned inside out for a totally different experience. Riebel knows how to communicate a song as well, and his operatic singing and acting experience shines through. He inhabits each song.

His performance of Over the Rainbow (of Judy Garland fame) is truly spectacular. Again, without the benefit of program notes, one cannot attribute the arrangement, but suffice to say the melody line and meter is altered in such a way that Riebel’s counter tenor voice imbues the song with such unusual qualities that it is elevated to quite a different level. This song alone is worth the price of admission!

What Power Art Thou (aka the Cold song) from Purcell’s semi-opera King Arthur is also a highlight. Riebel takes a moderate pace and is able to extract resonant tones from the nadir of his register. It is dramatic, imperious and a truly fitting way to end the concert.

Riebel is no pretender, no interloper – he is the real deal.