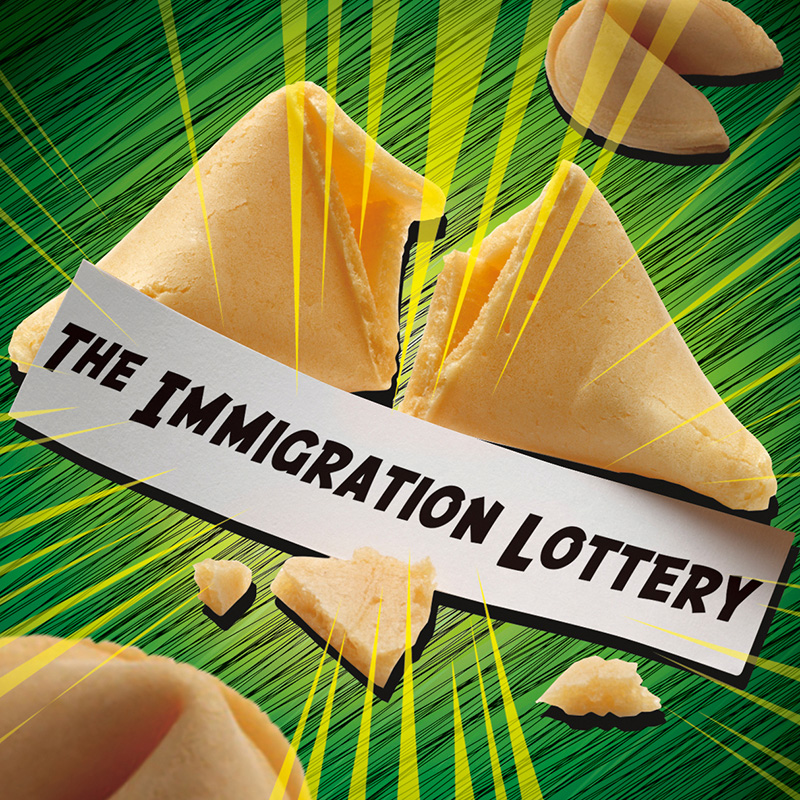 A visitor to Hong Kong will be fascinated at how well a huge population has so successfully socialised on such a tiny - and beautiful - piece of real estate. But beauty can be only skin deep. On 28 September 2014, Kong Hong police used tear gas against a huge popular movement urging the Chinese government to allow Hong Kong's voters to elect their own chief executive and all members of the legislative council, as promised in the Basic Law, and to permit the free choice of candidates without any limitations. Never mind that this was not the case even during British occupation; the last British governor, Chris Patten, rushed through a raft of democratising initiatives. What Hong Kongers want is what we Australians take for granted. The Immigration Lottery is producer, director, writer and actor Cathy SK Lam's protest satire to enlighten the world of the increasing mainland Chinese control over Hong Kong since handover in 1997.

Cathy investigates her ambiguous national identity, and the post-British diaspora from Hong Kong through a character named Jenna Wong who attempts to leave Hong Kong by passing a test to migrate to the fictitious United Nation of Hap Asala, and thus exposes the issues. She was incredibly prescient, as only two months after the world premiere of The Immigration Lottery at the Edinburgh Fringe in 2014, the aforementioned Umbrella Revolution took place, and the current show incorporates the energy of that protest. I don't bandy around the word brave to describe your average theatrical work, but to parody the policies of mainland China in their administration of Hong Kong, and to reference the protests, definitely is brave.

While the performance and writing lacks sophistication, a certain Kafkaesque atmosphere was created, and there is much to amuse and ponder. Cathy as Jenny pulls everything bar the kitchen sink out of her bra for a prop, and the plea for each Hong Konger to take notice of what China is doing, to take some responsibility, is palpable. Some sense of the street activism was achieved by having a dancer post pictures on the walls - her arms wrapped in cling wrap for protection against the tear gas -and a minor movement piece with an umbrella.

They are a highly organised lot. Besides a wordy program, you can scan a QR code for a 'Performance Handbook' with additional background information and pictures concerning the Umbrella Revolution and the theatre work. If you're lucky, you can get a hardcopy after the show and you might be asked to be interviewed on camera for your feedback.