The Last Time I Saw Richard 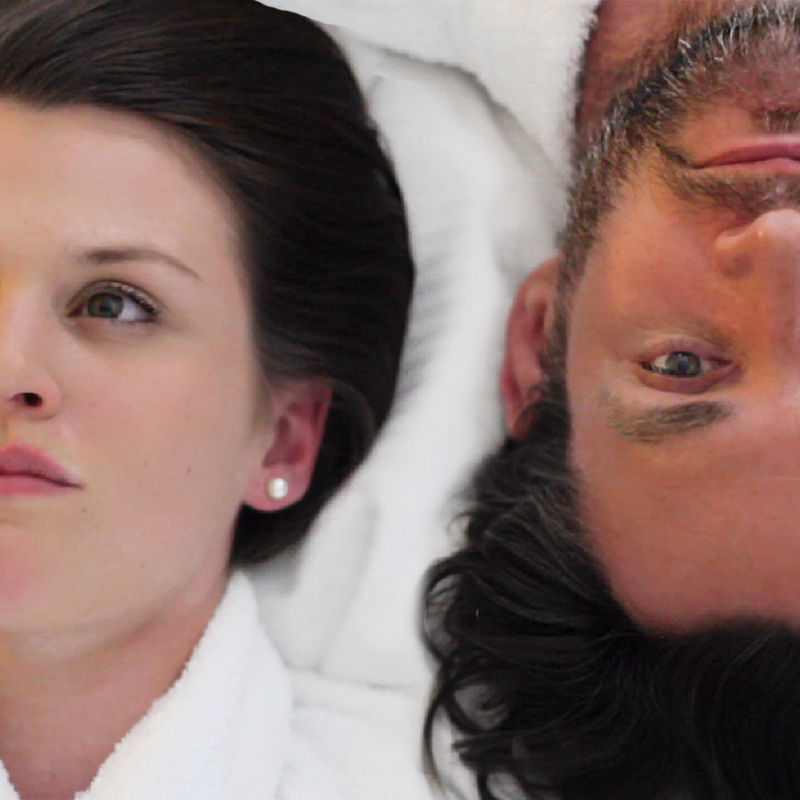 The wonderful five.point.one theatre company has set its audiences quite a thinking challenge with its new work, The Last Time I saw Richard.

It is a dense play by Cat Commander depicting a man and a woman engaging in a relationship which is suspended in the emotional safety zone of hotel rooms. These are people intensely attracted to each other but not seeking commitment from each other. This makes for a complex and interesting state of play.

April is a brittle 27-year-old. She uses her sexual power to toy with Richard. He is 39 and he is smitten. She's a bit of a cold fish who comes to the party just enough to keep him in the game. As the play evolves, she becomes less and less likeable while Richard wins the sympathy of the audience.

For a play about people indulging in an affair, this one is exquisitely tasteful. Sex is suggested rather than depicted. Warmth, proximity and conversation are the tools of communication - and also the sense of endurance. Years roll by.

It's a very interesting production. A white panelled screen represents windows and walls of hotels with projected images, patterns and degrees of light indicating the changes of time and place. A low, black dais represents a universal hotel bed. It is very low and a bit odd. But the Bakehouse stage is small and a real bed clearly would swamp the artistry of the set which has been designed by director Craig Behenna with Brad Williams and Matt Crook. It certainly has its own aesthetic but must be hard on the actors.

Michael Darren is behind the sound and music which blends smoothly with the production.

They're a classy team at five.point.one and this play is quite a test for them.  Behenna has elicited a good sense of hotel ennui and his actors are well blocked and lit. However, the play is very wordy and with its action being contained to hotel rooms, it is fairly static.  Movement on the projection screens lifts this a bit and Richard's early shadow dancing is very effective. There could be room for more movement and definitely for cutting.

The two actors give a powerful sense of the characters they embody, albeit that Elizabeth Hay is occasionally inaudible for some. Charles Mayer is a tower of sensitivity and sensuality; what a wonderful player. And he's funny when given a chance.

The play has a keyhole-like intimacy to it. The audience has spied upon these two and their oddly soulless assignations at their conference and convention accommodations. It leaves one pondering the phenomenon of love versus lust, the diverse needs of others, and the nature of fidelity.

It's a nicely original work.