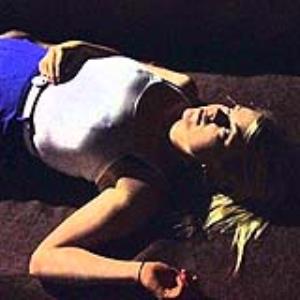 It was a Van Badham play, ‘Notoriously Yours’, which won the 2014 Adelaide Critics Circle IAF Award for Innovation, it being a terrific thriller presented by five.point.one with ground-breaking originality involving lots of iPhones and high-tech.

Van Badham is back with a play which could not be of more dramatic contrast.

It is also a ghost story with a fresh feel and a real zinger of a twist.

It is classic for its genre but original a la Van Badham whose rise in the theatre world has etched her out as one of the most able and exciting playwrights in the land.

As the title suggests, ‘Late Night Story’ is a late-night production. It is most aptly and, indeed, superbly presented in the ample bay window space of the Ayers House Museum. It seems made-to-order for the play's grand old Adelaide estate setting. The audience finds itself in a sumptuous room, albeit sitting on particularly hard white chairs with very dubious sightlines. The lighting is dim and exquisitely eerie. Long pink curtains dress the windows through which the external shutters are seen in stark silhouette. An iron cot and a pile of books furnish the stage.  There is a table with two chairs and a lamp.  A grand piano is attended by an enigmatic bearded pianist. He is Richard Wise and his score for the show could not be more evocative and aesthetic.  A metronome ticks loudly.

Xaviera Grace begins her story. She needs a job desperately. She is interviewed by a strange woman stooped over a walking stick. The woman does not reveal her name or anything other than a governess is needed and there are two children in a house with a strict routine. The governess may not touch anything in the house and must remain in her room throughout the nights.

Xaviera is played by Claire Glenn, fresh-faced with rich caramel hair in a 30s bob. She "is" the hapless heroine and the audience takes to her straight away. Glenn is a glorious actor to watch and hear. Her skill and focus are key to the thrill and tension of the play for, out of the entirely unbelievable, her character must deliver innocence and credibility. Tamara Lee looms, large and angular as the potential employer. She gives away little except the job.

What ensues through the days and nights in that strange place cannot be revealed. There is another character potently embodied by John Maurice. He's the man of the house. He may or may not be who and what he says he is. Indeed, nothing may be what it appears to be. Or it may.

Badham, writer, director and designer, does not attempt to make the story logical or believable. It is a ghost story. It is a story about fear and superstition and about meddling with minds.

It is a story well told and wondrous to behold. A five-star show.