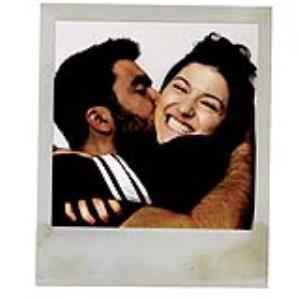 It's the first five-star review of The Fringe.
‘Mush and Me’ hits the spot in every category - plot, players and production.

From England, it tells of a Jewish girl who falls in love with a Muslim boy. But it is no mere Romeo and Juliet story. It is a dissection of contemporary religious impasses, a study of the subtle difference between cultural practice and religious belief. One can practice a faith without necessarily believing. One can be ruled by traditions and trapped by belonging. Yet, despite seemingly implacable differences, Judaism and Islam share historic roots. Mush calls them "cousins".

The pair meets in a call centre. This scene alone is worth the price of a ticket. It is not just the phone-answering and gazing outwards through invisible monitors but also the acerbic satire on the con games of the callers. It is deliciously wrought and wickedly funny.

It is here that the first flicker of chemistry becomes apparent between the two. But it is really just too impossible. Surely. and indeed, it is fraught, driving the couple to ever-deeper debates on the merits and perils of belief and religious conventions.

They're vivid exchanges made more so by the beautiful rapport between the actors. Their performances are not just skilled and professional but also very sweetly nuanced. Both actors, Daniella Isaacs and Jaz Deol, evoke absolute credibility in their characters so, as they play out their family issues, their differences and reconciliations, the audience is softly drawn into the intricacies of their emotions. The script, which seems to have been a collaborative affair inspired by the experience of Isaacs' 102-year-old great aunt, manages to segue from satire to humour to pathos as it tells its touching story.  That's why it works so well. It is neatly-honed, intellectually astute and alive with, but not vulgarised by, vernacular.

The production values are also satisfying. The set consists of an array of white crates in the sort of configuration one recalls from student flat days. Several larger white boxes serve as desks and tables in scenes which fluidly are changed by the actors in brief blackouts.

The sad thing is that the quaint, no, plain awful name of ‘Mush and Me’ gives no hint to the rich and relevant nature of this classy little show.

When: 14 Feb to 15 Mar
Where: Holden Street Theatres – The Arch
Bookings: adelaidefringe.com.au