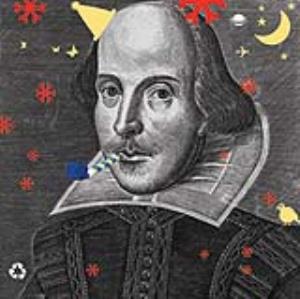 Don't believe the ageist title. This is Shakespeare for everyone with a functioning funny-bone. For the youngies, it condenses the plot neatly as a foundation upon which they can draw when later they study the real thing. For the oldies, it simply throws the play itself into anarchical merry mayhem.

There are not enough actors for the cast of ‘A Midsummer Night's Dream’ so they double and triple up, using hats and capes and props to leap from character to character. Sometimes a character without an actor is represented by a prop left onstage - or balanced on the back of the narrator's hand.

The narrator is the secret to the success of this madcap interpretation of Shakespeare. At first pretending that she can't read at all, Martha Lott embodies the narrator, helping both actors and audience to keep track of who is doing what and with which and to whom. It's not easy. The actors are coming and going in all directions.

She has added puppets and props to compound the chaos - and the demands of her role. She's impish, funny and it is always good to listen to with that marvellous voice.

She is also the director of the two kiddie Shakespeare shows. The other one is ‘Romeo and Juliet’ ,both deriving from a 200-year-old adaption written by Charles and Mary Lamb as ‘Tales from Shakespeare’.

This is explained to the audience as the cast lurches into the action. They're noisy, crazy, confused and comical. That the storyline emerges bright and pristine from their general mayhem may be credited to the quality of the actors. They're pros. Nic Krieg boldly brags that he's had the real Stratford training. Hjalmar Svenna delivers the rich stage voice. Joanna Webb is picture perfect in her Titania's bower with its wonderful lighting by

Tony Moore while Amy-Victoria Brooks is as captivating as she is comic. She's an actor with "presence".

It's not a glamorous show. It is costumed in dress-up rack style, just as children would do it.

But it is coherent. It is recognisably Shakespeare - but just very silly and very entertaining.