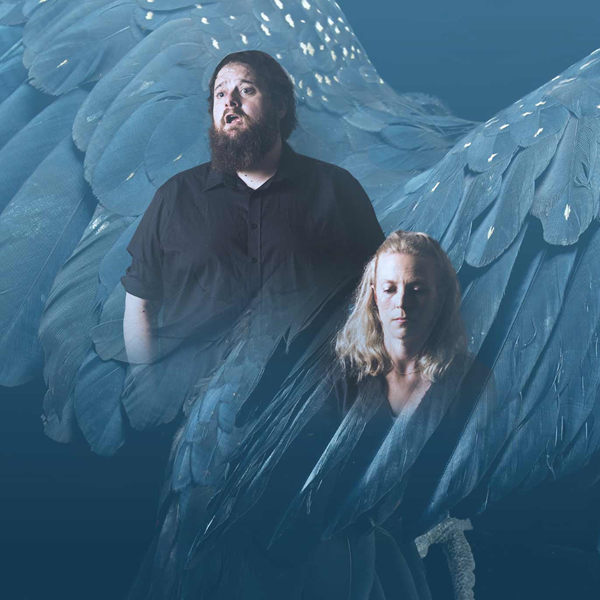 Wow! Just wow! What an event! What a performance!

Published in 1828, Winterreise is a song cycle for voice and piano by Franz Schubert and is a setting of twenty-four poems by German poet Wilhelm Müller.  Although there is not a single narrative, collectively the poems tell a story of a young man’s unrequited love.  The songs are contemplative and ooze despair, but they are exquisite to listen to, and they require a singer who is at the top of his game.  Clayton is most certainly that, and his performance merited the standing ovation he received, but there is much more to the concert than that.

In recent times, video projection technology has become increasingly significant in the staging of major theatre productions, such as Barry Kosky’s The Magic Flute in the 2019 Adelaide Festival, and the Sydney Theatre Company’s The Picture of Dorian Gray in this year’s Adelaide Festival.  (It is also to be used in the much anticipated Brisbane Ring Cycle, should COVID ever allow the production to come to fruition.)  The technology is also being used to bring visual art to wider audiences, such as the recent Van Gogh Alive event which is allegedly the most visited multi-sensory experience in the world.  And at this very moment, we are in the midst of the Illuminate Adelaide festival.

The use of such technology might therefore be cliché in some respects, but its use in A Winter’s Journey is of an entirely different order.  It is not merely used to provide a visual element to what is essentially an aural experience, or to provide a setting, but rather it is used to reinterpret a work of high art (namely, Schubert’s composition) and give it an entirely different context.  In her Director’s Note, Dr Lindy Hume AM says that “Winterreise is a portrait in landscape” and in this performance the action is reimagined from the bleak later in the yearess of an icy European winter to an altogether different environment – that of the unforgiving but beautiful Australian bush and outback.  The conceptualisation at the heart of this reimagination is nothing short of genius.  As a skilled sommelier matches wines to a fine dinner, so the creatives behind A Winter’s Journey have selected paintings by Williams to complement the text of Müller’s poetry that Schubert has so beautifully set to music.  Sometimes the motivation for the choice is a word, a phrase, or perhaps just a subliminal thought?  Whatever the rationale, the combination of the projections, Golla’s playing, and Clayton’s singing and a characterisation of the songs is sublime.

At the beginning, Clayton and Golla come on stage.  Golla sits at the Steinway grand piano which is located on a highly-polished inky-black floor framed on two sides by large untextured plain walls that soon prove to be projection screens.  It delineates a performance space. The lighting is dim, almost eerie.  Clayton stands away from the performance space and begins singing Gute Nacht, the first song of the Winterreise cycle.  Memories of his critically acclaimed performance in the title role of Brett Dean’s opera Hamlet at the Adelaide Festival in 2018 come rushing back, and we know we are listening to a tenor who is master of his craft.  He then joins Golla in the performance space as if to signify that his alter ego’s journey is about to commence.  For the next seventy minutes, David Bergman’s evocative video design (who, incidentally was responsible for the magic behind The Picture of Dorian Gray), Matthew Marshall’s empathetic and moody lighting design and Hume’s considered dramaturgy and direction all combine perfectly to allow Clayton and Golla to give flight to beautiful music making.  With the fading notes of the last song, Clayton walks out of the confines of the performance space, the lights dim and the journey is over.

Benjamin Britten once observed just how much Winterreise relies on the vocalist and pianist to bring it to life:  “…One of the most alarming things I always find, when performing this work, is that there is actually so little on the page.  [Schubert] gets the most extraordinary moods and atmospheres with so few notes... He leaves it all very much up to the performers.”  Clayton and Golla indeed rise to the occasion, and produce a world-class reading of Schubert’s Winterreise.

This performance is a remarkable triumph for Musica Viva and for all who have brought it to life.  You simply must not pass up the opportunity to see it, or to see it again, which should be easy because it will be broadcast.

When: Closed in Adelaide.

Other performances available in Canberra and Sydney, with an online concert on Wednesday 7 December at 7pm AEST.