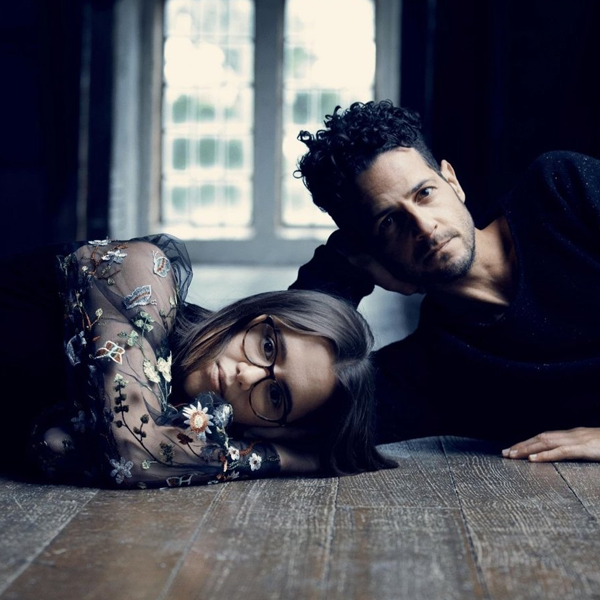 What is the Cabaret Festival really about? If it’s truly about showcasing excellence in the ‘cabaret genre’ – which traditionally has been a purposeful fusion of musical theatre and satirical comedy with a healthy dose of subversion – then shows like Animal in Hiding performed by Lior Attar (more commonly known simply as Lior) and Domini Forster don’t really fit that description. Animal in Hiding is therefore more likely to appeal to those who are already acquainted with the artist rather than to someone who is looking for something ‘edgy’. However, Lior & Domini: Animal in Hiding is a pleasing, entertaining and comfortable show.

Animal in Hiding is the name of Lior and Domini’s latest collaborative album that was conceived and produced during lockdown, and the concert was essentially a heart-felt performance of its song list held together by a warm and friendly conversation with the appreciative (and clearly devoted) audience. As a Cabaret Festival event, perhaps the song list could have been more risk-taking and varied to reveal the wider musical personalities of the artists.

Lior and Domini’s voices combine and complement each other beautifully. There is a purity in the vocal and instrumental (mainly guitar and some ukulele) sounds they produce that is so harmonically stylish that it sounds beguilingly simple. Such is the art of singer-songwriters who are at the top of their games, as are Lior and Domini. Their style is essentially of the folk tradition, but, refreshingly, their diction is crystal clear and unaffected, and not a word of their sophisticated story telling is lost.

A highlight of the concert was Lior’s performance of Gloria, which is a song he wrote about a chance meeting with an older woman while he was out walking his dog at dusk. She asked whether he would kindly walk her to her home, because she was apprehensive about making her way home in the dark alone. As they walked, a conversation struck up, as you’d expect, and Lior learned much about Gloria’s incredible life. The song beautifully captures ‘the moment’.

This reviewer would rather have enjoyed the performance in the intimacy of a much smaller venue in a true cabaret setting. Perhaps Lior and Domini might feel the same?