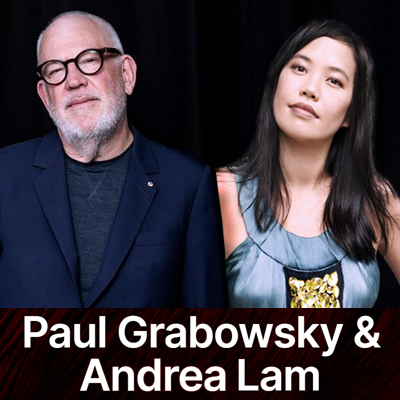 In this intriguing concert, classical pianist Andrea Lam performs JS Bach’s Goldberg Variations followed by an improvised version ‘composed’ and performed by jazz musician Paul Grabowsky. However, such programming is not unique: in the 2008 Adelaide Fringe Festival Grabowsky joined forces with Clemens Leske Jnr to present the same program. This reviewer was fortunate enough to also see that concert and noted in a review that “…Leske used a standard umpteen-paged score, and Grabowsky relied on a few tattered pieces of paper that precariously balanced on the piano’s music stand!”

Wind the clock forward fourteen years and there are differences in the performances: no scores (or scraps of paper) are used; Lam’s performance is truly heartfelt, with suggestions of spontaneity that are not usually evident in a ‘read’ performance; and Grabowsky’s extemporisation plumbs new depths of sophistication that derive from focussed enquiry into the score over an extended time period.

Bach’s Goldberg Variations (often simply referred to as ‘the Goldbergs’) comprise an ‘aria’ followed by thirty diverse variations, and then a repeat of the aria. The whole composition clocks in at around forty minutes, and is almost solely in the key of G. Unlike other sets of variations (such as Beethoven’s Diabelli Variations) the Goldbergs are based on the bass line of the aria rather than its delicate and beautiful melody line. The Goldbergs were originally written for a two-manual harpsichord, but the set is better known and appreciated when played on piano. Famed Canadian pianist Glenn Gould shot to fame with his iconic 1955 recording. Since then, the Goldbergs have been re-expressed in many different instrumental arrangements – some work, others don’t – but those that do keep the counterpoint clear and unfussed. In 2018, the Australian Chamber Orchestra performed an arrangement in the Adelaide Town Hall by Bernard Labadie for a baroque ensemble (including a theorbo!). That arrangement worked well.

The Goldbergs are special – audiences never tire of hearing them – and tonight’s double presentation was a treat. At the beginning, Lam walks on stage in near darkness and sits at the Steinway. An ethereal light gradually wells up and reveals her in silent contemplation. She places her hands on the keyboard and then charms the familiar and well-loved melody of the Aria out of the piano. Lam perhaps uses more sustaining pedal than is needed, but the sound remains precise, especially in the ornamentation and rhythmic changes. The dynamic shifts are exhilarating. The individual voices in the canons and fugues are crystal clear, and seemingly in the blink of an eye the Aria is repeated and it’s all over.

After a substantial adjustment to the piano’s fine-tuning during the interval, which earned some cheeky applause by the audience that was rewarded by a flashing smile from the resident piano technician, it is Grabowsky’s turn. He begins with a faithful reading of the Aria, but this soon gives way to improvisation. After all, that’s his trade, and he excels at it. He is extreme with the changing dynamics, and clearly enjoys not being constrained by the score. His improvised variations to the Aria’s bass line are often more apparent than what occurs in a literal reading, and at other times they slip into the mists of musical reverie as he seemingly invokes Gould and mutters silently away to himself. At the half-way point of his performance, his version becomes sparse, but this soon gives way to untrammelled enthusiasm. We try and bring the ‘original’ to mind, but it’s not easy. Our mind plays tricks: is Grabowsky channelling other composers as well? Occasionally we hear something and arrogantly think it seems derivative, but then it’s gone in a flash. Such is Grabowsky’s genius. Out of this the Aria re-emerges, but this time in a gently improvised form, and his response to the Goldbergs is over. Never to be heard like that again, ever.

When: Closed in Adelaide, touring interstate