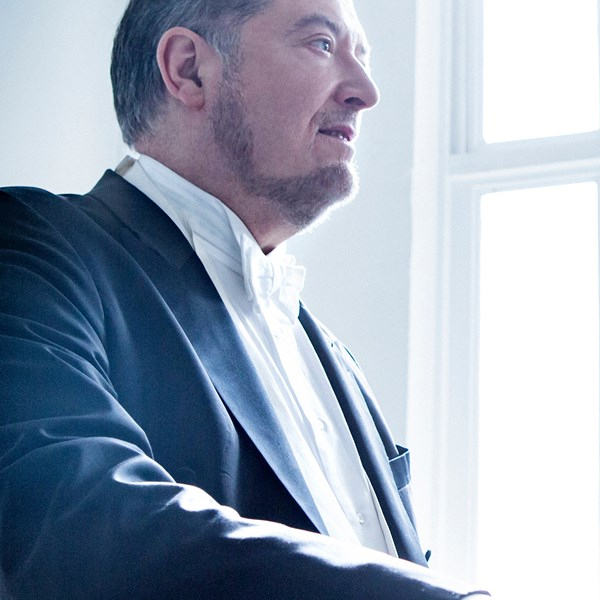 Garrick Ohlsson is an authoritative presence on the concert stage and one of the greatest pianists alive. He sits close to the piano and infrequently raises his arms above the rim. He has strong arms and hands and achieves fortissimo sounds with apparently little effort. When he does raise his arms higher, as he does in his first encore – Rachmaninoff’s mighty Prelude in C sharp minor Op.3 No.2 – the impact on the audience is almost overwhelming: for a while one stops breathing and blinking one’s eyes. But Ohlsson also plays the softest and gentlest of melodies with sublime skill, and his second encore sends the audience home with a dreamy performance of Debussy’s ever popular Clair de Lune: perfect legato, nothing percussive, gentleness in strength. A massage for the psyche.

Ohlsson’s playing is a force of nature, and it is simply to be marvelled at and held in awe.

Ohlsson’s program is varied and includes Beethoven’s Piano Sonata No.11 in B flat major, Op.22, and Prokofiev’s Piano Sonata No.6 in A, Op.82 before the interval. The second half of the program is entirely devoted to Chopin and includes Impromptu No.2 in F sharp, Op.36, Etudes, Op 25, Nos. 5-10, the exquisitely beautiful Berceuse, Op. 57, and the Scherzo in C sharp minor, Op 39.

The diverse program allowed Ohlsson to demonstrate his technical brilliance and profound musicianship, but the Adelaide Festival audience likely would have appreciated a program that had a little more ‘fire power’ in it. Although neither Beethoven’s Op.22 nor the Chopin Etudes are frequently heard performed by a virtuoso on the concert platform, at least in Adelaide, the Prokofiev piano sonatas are heard too infrequently.

Ohlsson’s performance of Prokofiev’s Op.82 is the highlight of the evening. Music should stand on its own merits, and knowing the ‘back story’ to a composition should not be necessary for one to enjoy it. However, knowing something of Prokofiev’s context at the time the sonata was written adds to the enjoyment. It was written during WWII and Prokofiev, like many other composers, was deeply impacted and not just artistically. Ohlsson manages the sonata’s discordance, abrupt changes of meter, rhythm and dynamics with consummate skill and allows Prokofiev’s feelings about the contradictions of a world at war to break through.

Ohlsson is a recognised Chopin expert, and has recorded Chopin’s entire piano oeuvre. Ohlsson’s performances of the six selected Etudes are an object lesson in technique and demonstrate precisely how trills and arpeggios should be played with evenness of touch even at speed. Etude No.7 was especially beautiful: perhaps there is something about Ohlsson and the key of C sharp minor, for the Scherzo that finished the program and the Rachmaninoff encore were also high moments of the concert. The Berceuse was extraordinary: such delicacy, feeling and controlled strength from a man capable of the most bravura performance.

Musica Viva has again curated a superb concert, and the large audience left the Town Hall knowing it had experienced greatness in action.