From The Mists Of Time 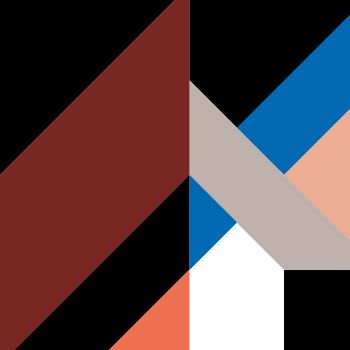 Nicholas Carter, Principal Conductor of the Adelaide Symphony Orchestra, has never conducted better than he did for this concert, the first in the ASO’s 2019 Master Series. He was on fire.

The generously long program comprised Elgar’s In the South (Alassio) – Overture, Op.50, Sibelius’ Violin Concerto in D minor, Op.47, Ravel’s La valse – poème chorégraphique, and Resphigi’s Pines of Rome, P.141. Although all of these pieces have been previously essayed by the ASO, and each deserves to be heard frequently, there is so much other music composed by ‘the masters’ that the ASO has not yet played that one wonders why the entire program should be repeated within nine years.

Each composition on the program is expansive in melody and orchestration and each has its own special interest. The Elgar foregrounds the viola and the horn. Principal viola Caleb Wright performs a disarmingly beautiful solo that is such a joy to hear on an instrument that is rarely in the spotlight. Adrian Uren excels in his leadership of the horns, and the dialogue between the combined strings and the horns is quite transporting.

Sibelius’ entire oeuvre contains only one concerto, his violin concerto, and it is one of the high points in the catalogue. The ASO last played it in 2016 with Grace Clifford on violin. It was a very pleasing performance but tonight Dutch violinist Simone Lamsma gives an object lesson in how it should be performed. At the end of the first movement, the audience spontaneously broke into heartfelt applause, which, incidentally, gave Lamsma time to re-tune her “Lynarski” Stradivarius violin which was showing signs of misbehaviour in Adelaide’s currently volatile weather conditions.

The concerto is atypical and breaks some compositional conventions, such as the inclusion of an extended cadenza for the violin in the first movement when one would otherwise expect the main thematic material to be developed. The cadenza is virtuosic and introspective and Lamsma shows a deep affinity for the musical narrative which is the real secret: her undoubted technical expertise then has something to play with. The brass section is particularly fine during the adagio second movement, and Carter clearly enjoys himself during the final allegro and all but dances his way through the waltz-like second theme. But this is just a warm-up for the Ravel!

Carter is exceptionally light on his feet as he takes the ASO through La valse. Again, without a baton in his hand, his instructions to the orchestra comes through his swaying body and through his clenched then relaxed hand gestures. His direction is precise and elegant and the orchestra’s response is nothing less than one would expect from a world class outfit.

The Pines of Rome is a favourite amongst concert goers. It is scored for a large orchestra and has surprises! Not only does the pipe organ get an outing, so do buccini, which are ancestors of the trombone and trumpet. There is also an expanded percussion section and recorded birdsong! By any means, this is an exciting work to hear and to see. The Town Hall stage is enlarged for the performance so that the orchestra actually fits! Carter’s control of the musical forces is adroit. The dynamism between the sections is keenly balanced throughout, and there is a logic in how one movement is contrasted with the others. The final climax is truly that, and not just more of the same.

Resphigi’s use of the woodwind is quite dramatic, and Carter is right to give a special bow to the section and especially to Dean Newcombe on principal clarinet.

For whatever reason, the ASO titled the concert From the Mists of Time, but one thing is certain, Carter is certainly not that. He is in the ascendant, and with impressive lucidity.