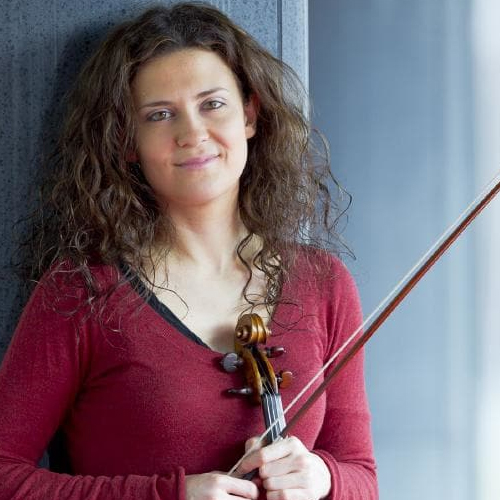 In this particular tour, the Australian Chamber Orchestra serves an Australian premiere of a work (written in 2008) that is bookended by orchestral arrangements of Prokofiev and Beethoven string quartets. It’s an interesting sandwich, but not entirely satisfying.

For many, the string quartet is the apotheosis of chamber music. It is an exacting form and in the hands of an appropriately skilled composer, the result is exhilarating. But then to take a well written quartet and arrange it for a string orchestra is something else indeed, and for it to work the arranger needs to be skilful and needs to choose their source material very well.

Guest director and lead violinist Lorenza Borrani prepared the arrangements of the Prokofiev and the Beethoven, and she clearly knows what she is doing. Prokofiev’s Violin Sonata No.1 in F minor, Op.80 is arguably better suited to being arranged for string orchestra than Beethoven’s String Quartet in F, Op.135, his final work. The two quartets were written at dramatic times in the lives of their composers, and the pall of death and finality pervades both compositions. Although Beethoven’s quartets – regarded by many as pre-eminent in their genre – possess structure and musical ‘might’ that might suit it to being exploited by a larger ensemble, Borrani’s arrangement masks the tension and drama of the first movement, but allows the playfulness to come through in the second with more obvious dialogue.

The Prokofiev is altogether different. The ruminating undercurrent flows throughout, even when the spiky and dissonant melody threatens to become something else as it readies to soar into something lyrical. The cellos and single bass in the first movement are as one – the playing is masterful, and the second movement is almost concerto-esque. The undulating violin lines in the third movement are imbued with a wistfulness, especially from Borrani, and the result is at times an eerie premonition of another world. All is shattered in the final movement with its robust tutti opening that gives way to an exquisite display of pizzicato.

The filling of the sandwich is the contemporary composition Such Different Paths by Dobrinka Tabakova. Next to the Prokofiev it is the highlight of the evening which deserves to be listened to repeatedly. It is a composition that reveals itself to be much more complex than one thinks it is. On the surface there appears to be no obvious musical narrative. It comprises a succession of often languid melodies that taken together border on being described as ‘ambient’ music, but this is to sell the piece short. The musical threads are exposed with crystal clarity by the orchestra, and then in the blink of an eye the tonality changes, and clarity gives way to haziness and seductive droning sounds that shift into dance rhythms, and the journey continues. Yes, it needs to be listened to again and again.

At the end of the concert the members of the ACO smile and congratulate each other, as they usually do, but the solidarity doesn’t quite seem as obvious and passionate and spontaneous as it usually is. Maybe the Beethoven arrangement wasn’t quite the piece to end with?